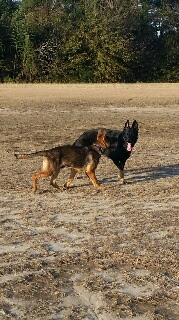 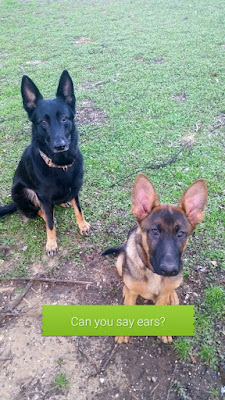 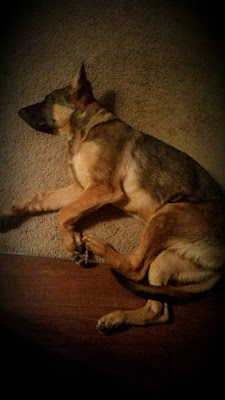 I might have missed him a little bit, but mom says he'll go one or two days a week when both her and dad work so he can be "well rounded." She said it's important to get him all socialized before we go on VACAYTION in May to North Carrylina!! Whooot whoot!
Posted by Anna the GSD at 10:18 AM 13 comments: