We is finally getting around to our review of our Chewy.com item this month! The holiday season does get crazy! And it's not even the holidays! Wow!

Anyhoo, we decided to try out the Blue Wilderness Trail Treats, Chicken Wild Bits-- since we do like to hike on the trail and were interested to see how wild and crazy these chickens do be. Duncan checked out the package... 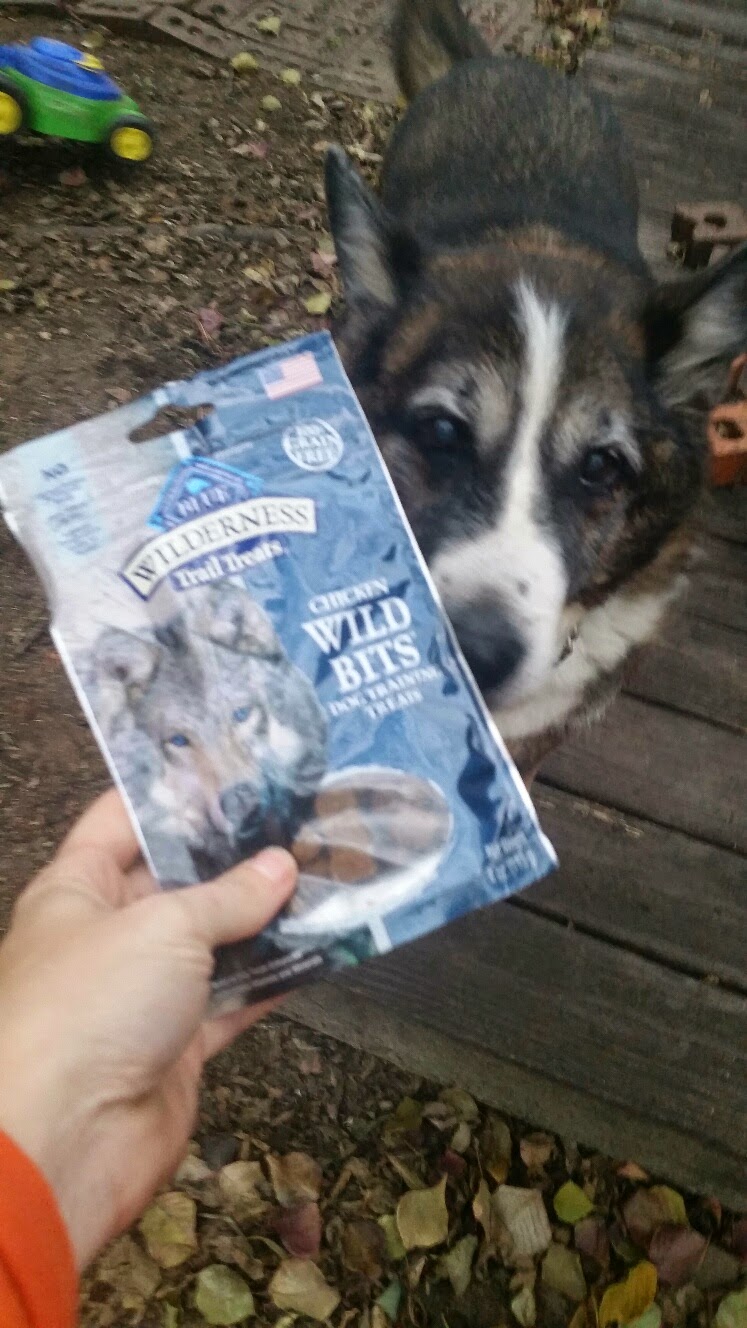 He thought he looked just like that wolf on the front. Pfft...okay old man! While he was admiring "himself" mom did look at the package and made sure that it was all good stuffs, which it was. No grains, colors, preservatives and junk like that. Mom was pretty sure it would be okay, since we used to eat the Blue Buffalo dry noms before we went on the raw diet. 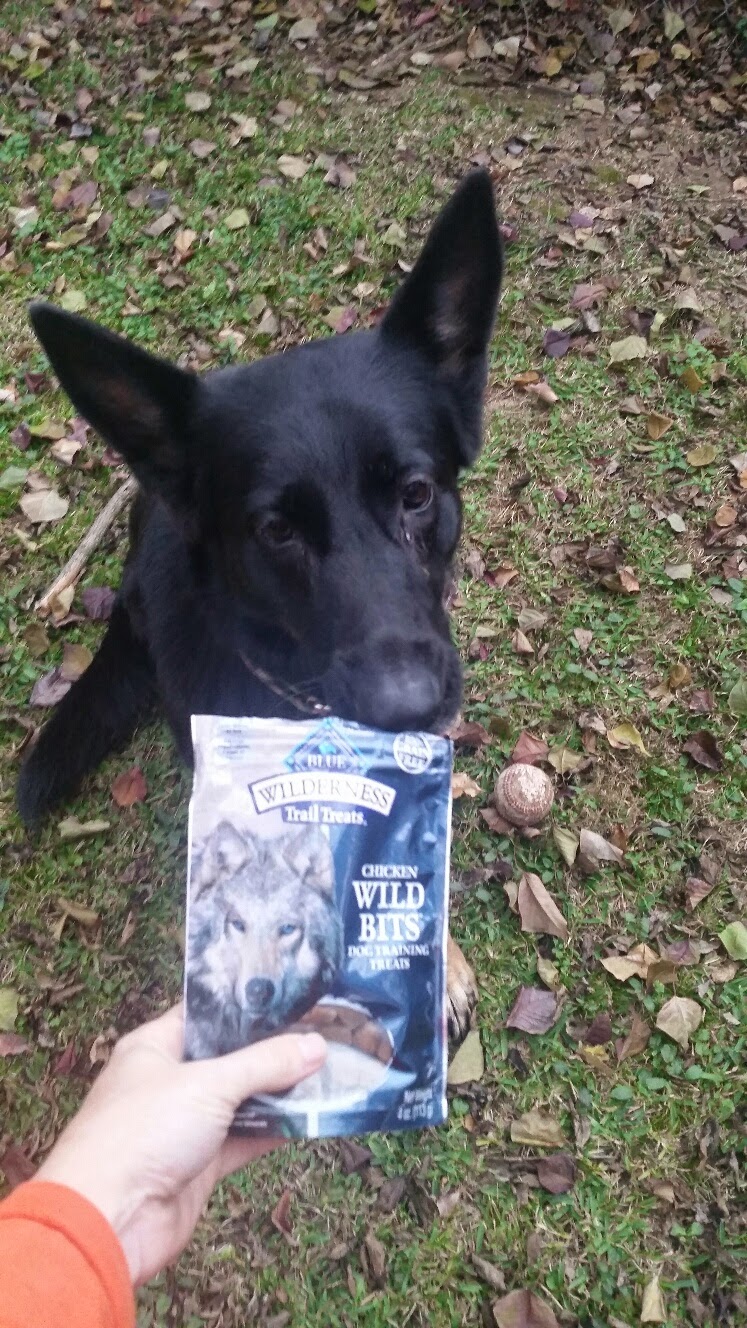 The only thing mom didn't like in the ingredients was Maple Syrup and potatoes. I, personally, see no problem with Maple Syrup!!! 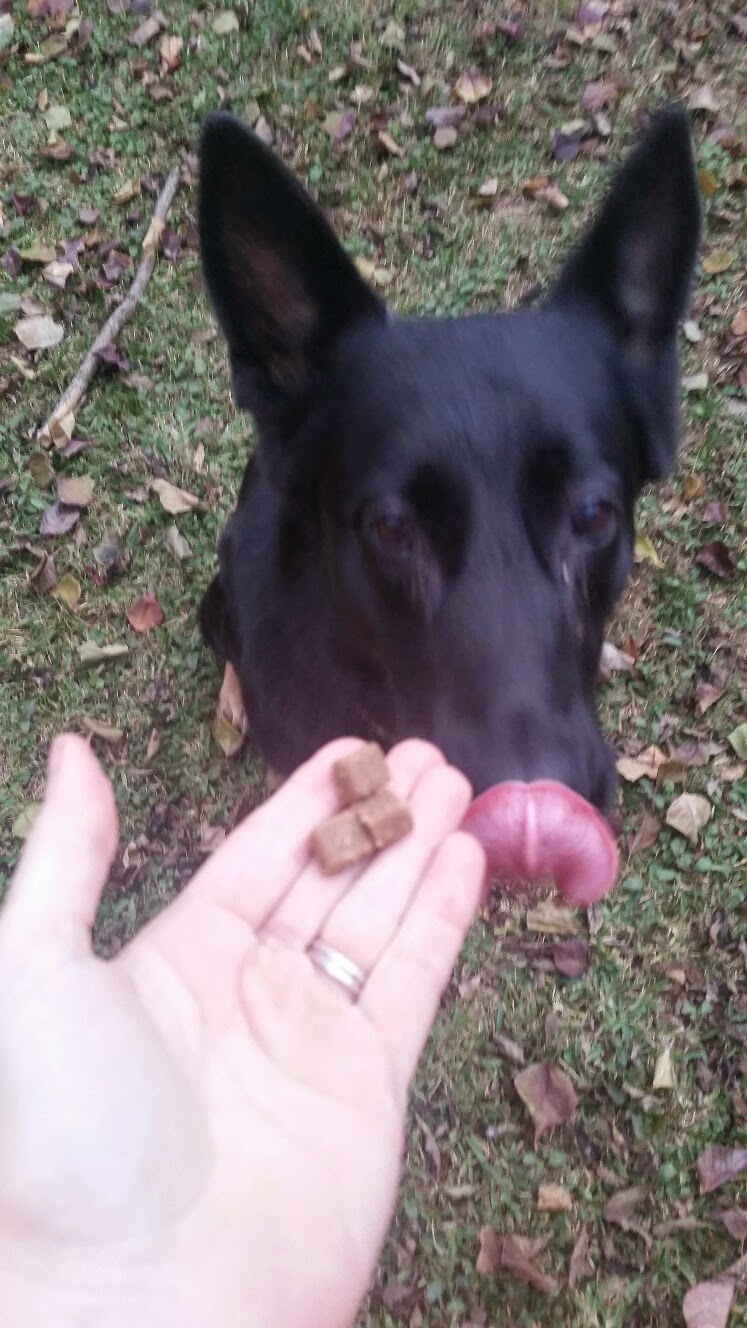 Now these are kinda like training treats, they is pretty small. Mom told me to sit so I did, then she took too long to take the picture so I showed her my next trick of going PFFTTTTTTTT! GIVE ME NOMS! 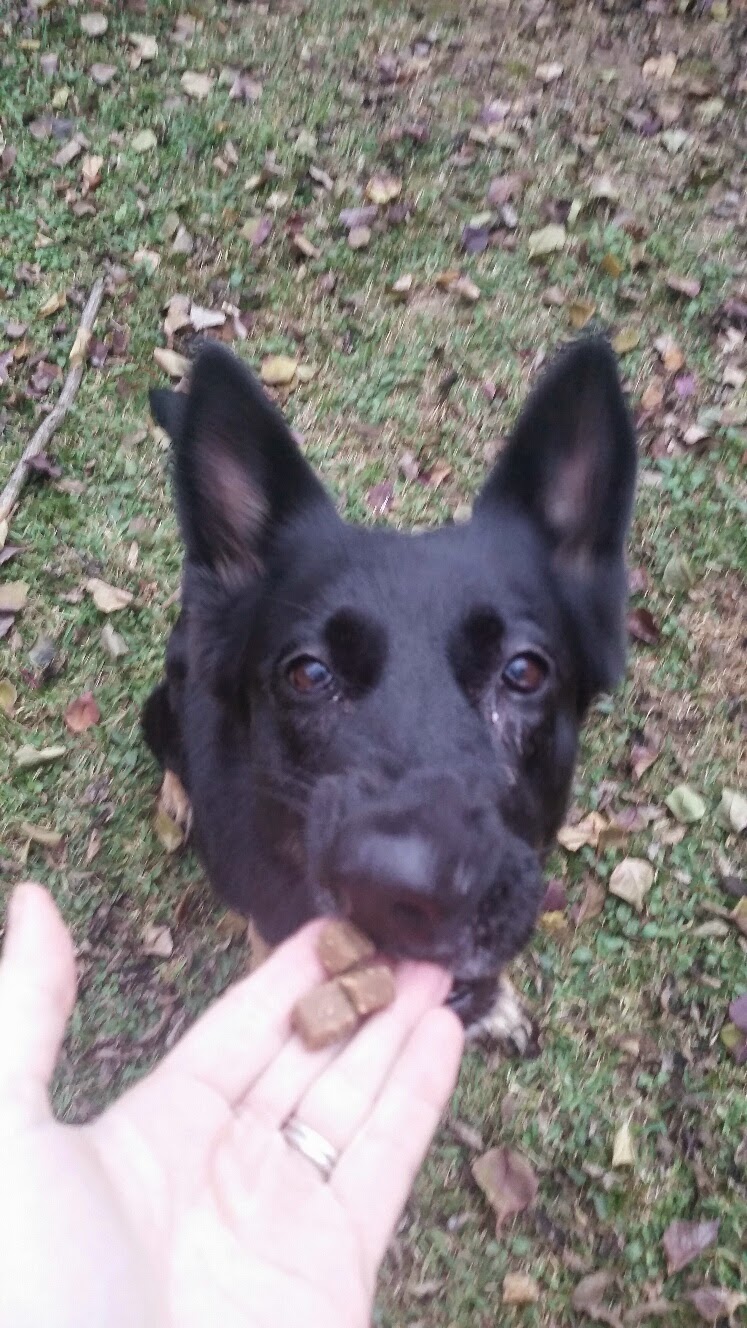 I did nom them up, they was pretty good. 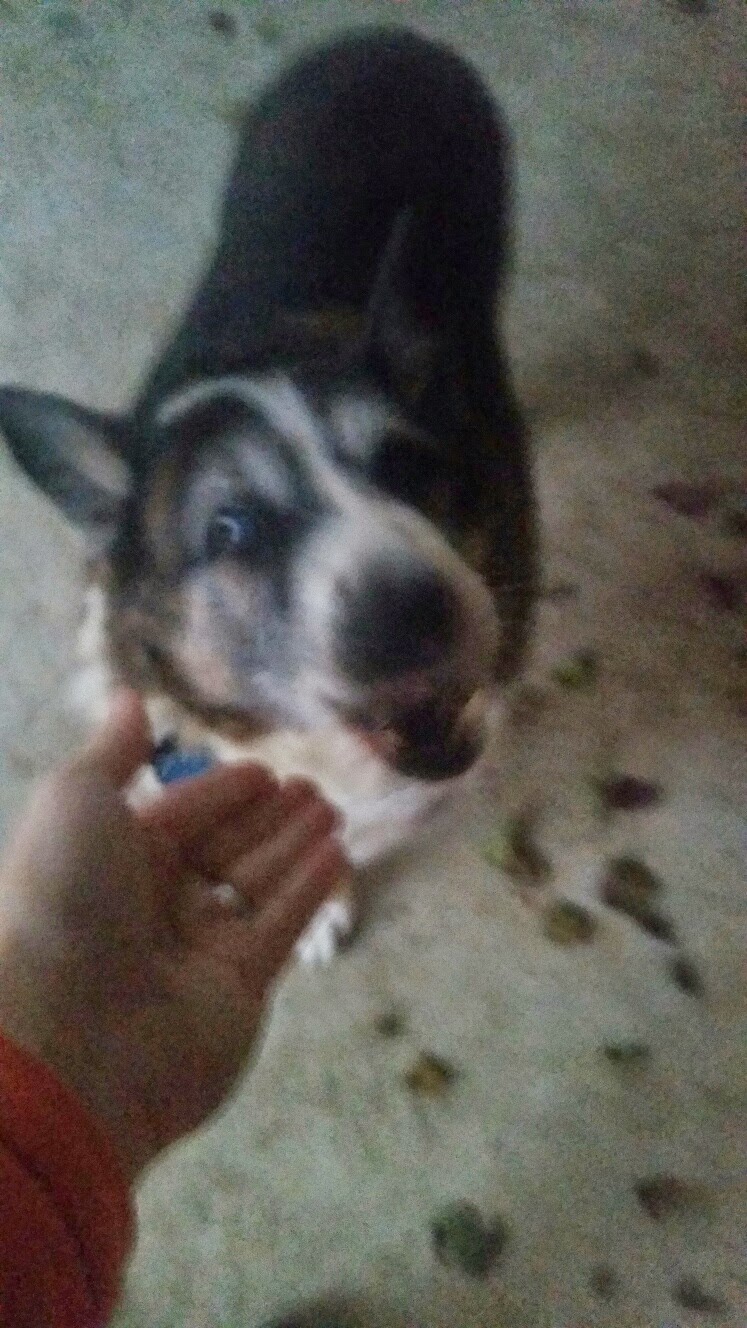 Duncan did nom with a quickness...in a blur the treats in mom's hand is gone! He may be an old fart, but Duncan don't play when it comes to noms. 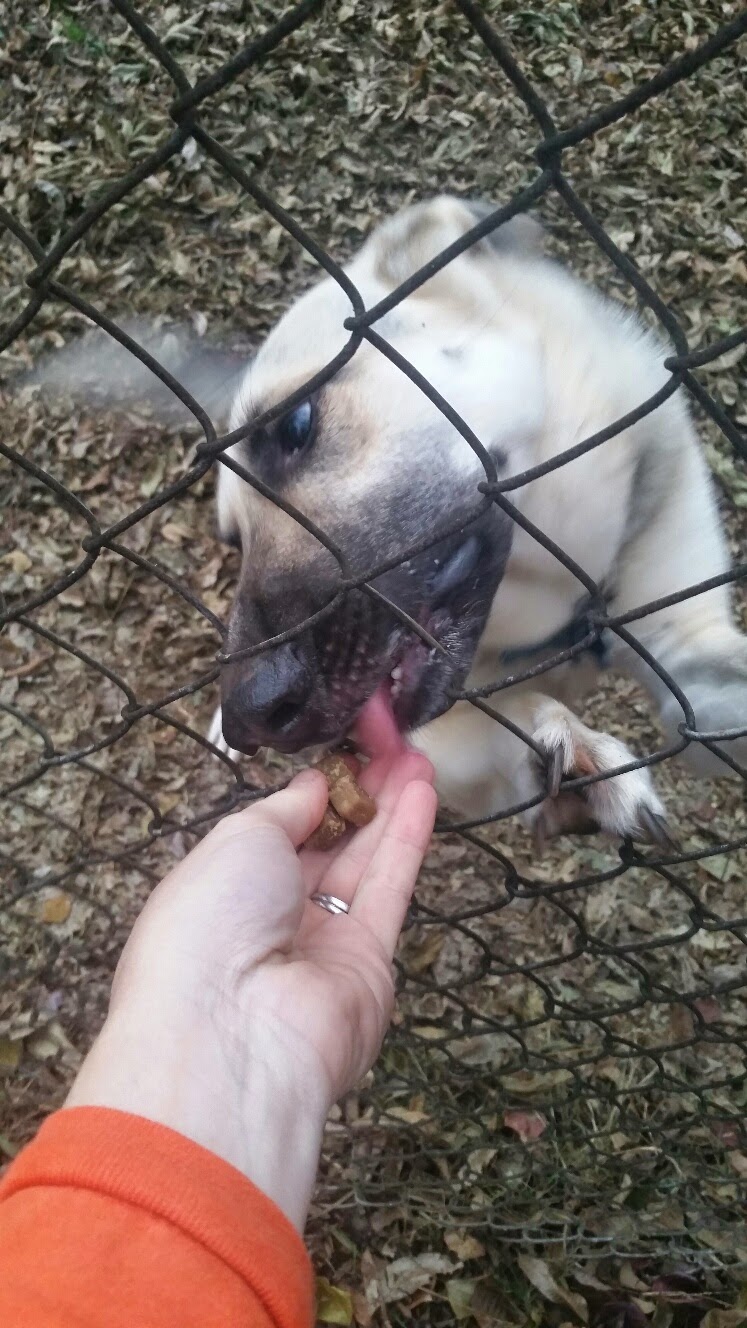 We even shared with my girlfriend fence neighbor Abby. She did like them too.

Overall, these were pretty good. We ate them, but mom said we didn't go CRAZY for them like we have some other items, so the Wild Chicken name isn't too appropriate. But, this might be good for training treats, they did enough to get our attention, but not enough that we couldn't think straight because we was drooling like Nom Zombies.

We does give it 3 out of 4 paws and think it would be good for training.Also, we is not paid for this review or our modeling services. We participate in bloggy reviews for Chewy.com and just receive the item to try out.

Hey all. I've been MIA again, mainly due to mom doing some traveling and then the Bald Puppy catching a stomach bug then sharing it with mom! Wasn't that nice of him?

Anyhoo, on to today. So, I think most of the country is like us right now, flippin cold. Which is fine, we like cold. It feels better outside and feels really good on the couch with the heater on. But this morning, it was the first COLD cold of the year. And it caused problems.

Let me first start with our morning schedule:

1. BP wakes up
2. Mom wakes up
3. Me, Duncan and usually a kitty or two go outside, do our business and patrol the perimeter.
4. Mom and BP do things inside involving clothes and stuff.
5. We get fed outside (cause of the raw noms)
6. Mom and BP leave for the day and we go back inside to chill or go back to bed with dad.

That's it. It's a great little schedule. Can you see where there might have been a problem with that schedule this morning? Mom didn't think much about it, until she was on step #4 when she noticed this staring at her: 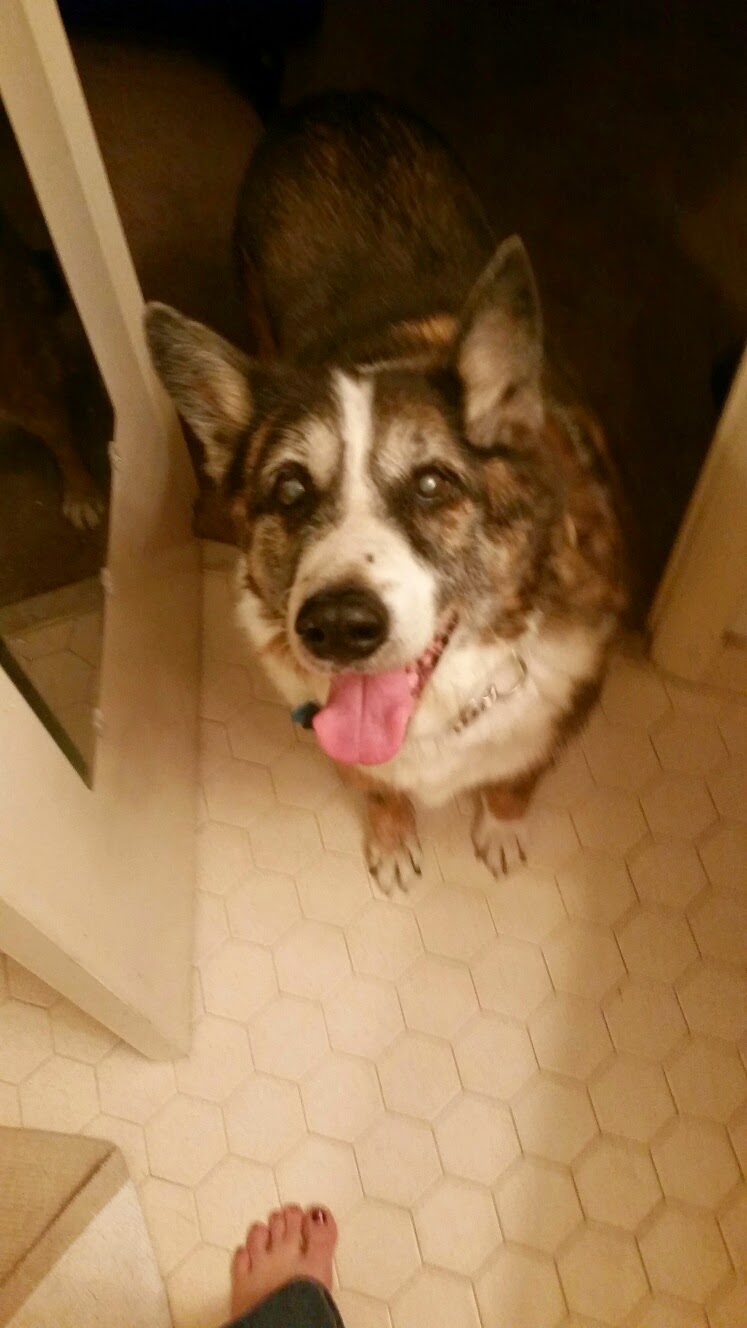 And he doesn't just stare. He huffs and pants and then walks off then walks back. He's very determined. Mom was "like what the crap?" then realized, oh yeah, because it was so cold outside step #3 was shortened and we were brought back in after we pottied. But since we bypassed step #5 before coming in, the old fart was not happy.

Mom tried to explain this to Duncan, that she saved him from the brutal, arctic tundra, but he didn't care. He gave her the stone cold senior stinkeye of death. 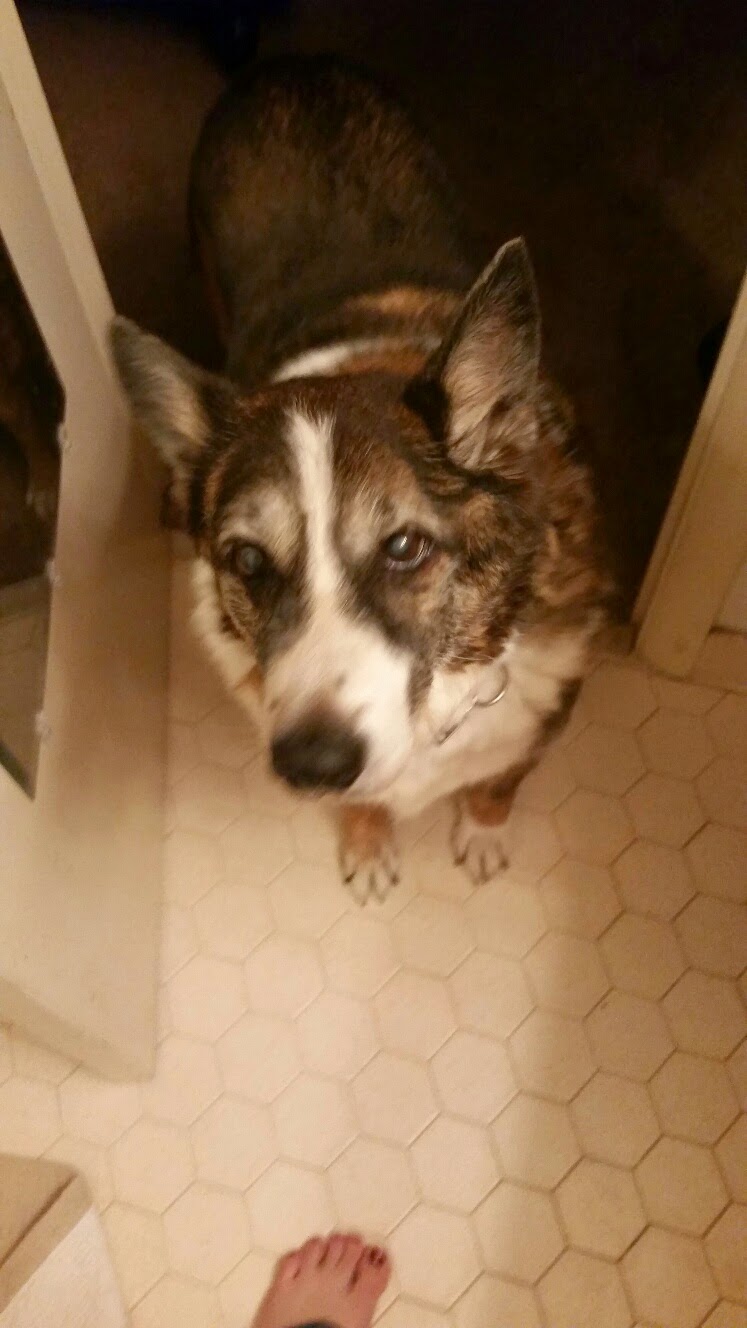 I guess old farts just get set in their ways. I don't know what his big deal is, I, on the other paw, was relaxing comfortably on my the spare bed, warm and awaiting noms. 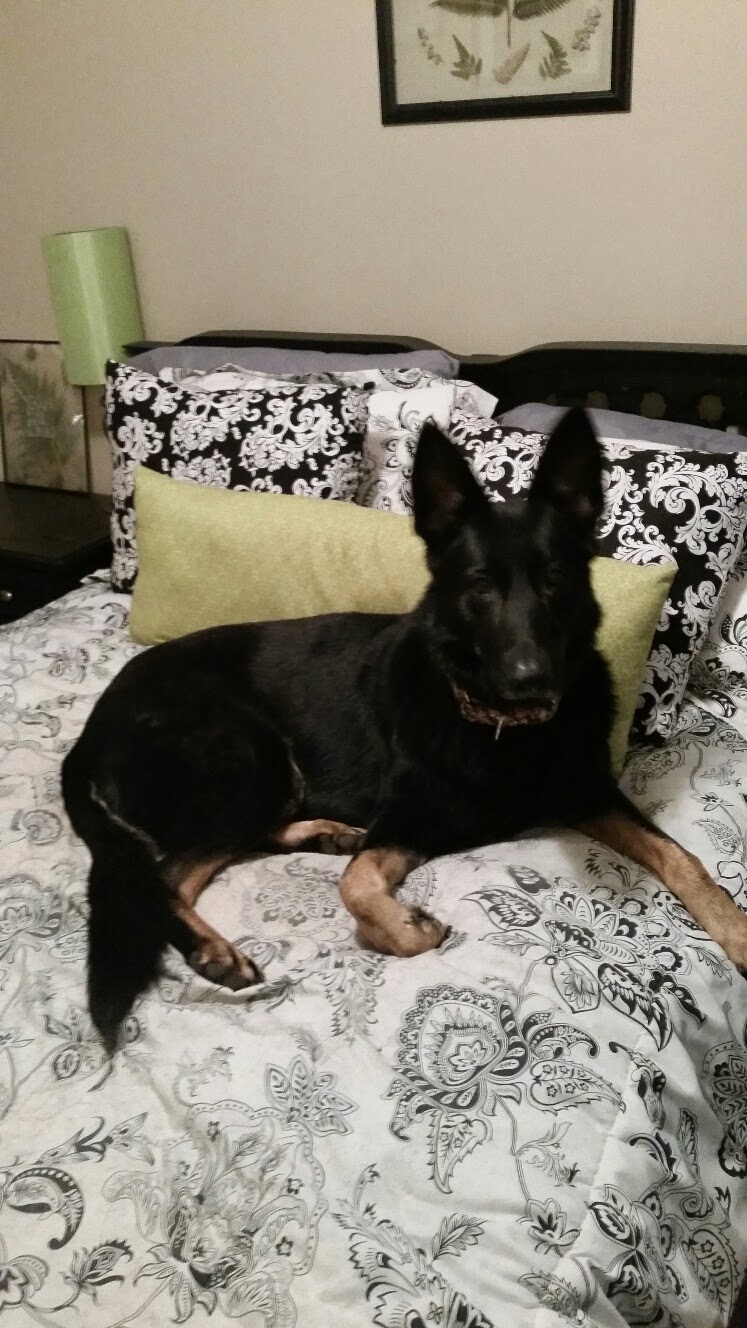