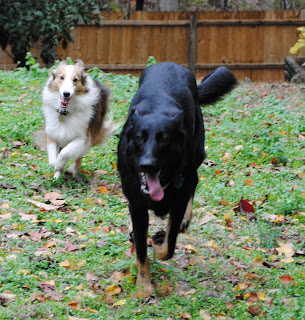 I'm here to wish you all a happy and wonderful Gobble Day!! Mom has been taunting me by saying words such as:

So tomorrow we're loading up and going to Granny and Pawpaw's for Gobble day which means PLAY TIME with cousin Rebel!!

Then Saturday is the IRON BOWL between Auburn and the Tide Elephants of Alabama. We're still hoping our Tigers can beat the odds, never count out the underdog

Later that weekend it's time for the CHRISTMAS TREE!! Which means PRESENTS!! It's going to be a busy week, but bring it!

p.s. and I'm not just sucking up to mom for Christmas presents, but it couldn't hurt, right?

Something weird has happened at our house...﻿ 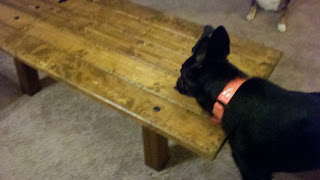 It all started with mom getting our new coffee table. Isn't it cool? It looks like an old barn door. One of mom's friends made it! Mom said this is step one of "re-fur-nishing" the house. I think there's plenty of fur since she's ALWAYS vacuming and complaining about black furballs, but mom says it's time to get rid of the old, hand me down stuff and get "real people" stuff. This includes our couches. (see if you see anything odd in this photo?) 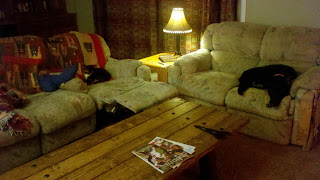 Apparently mom and dad don't like our ghetto furniture. Who can blame them, after what I...err...the kitties did to the couch years ago.... but now that the remodel is done, it's time to get some new stuff! 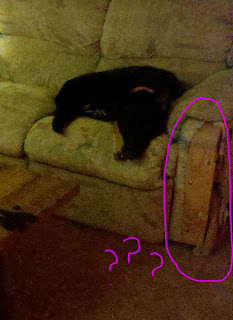 I have to say, I'm not too worried, as long as it's a big enough couch for all of us, but apprently, mom and dad have pissed off Alley...yes, if you look closely in the first photo you will see the reclusive cat who dwells in mom and dad's bedroom lair, making devil noises and only emerging to feed....much like a vampire or zombie. 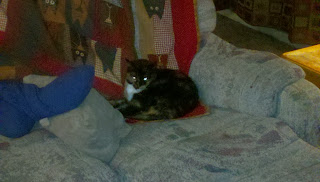 Mom and dad said Alley doesn't do well with change, so apprently it only took her three years to get used to me and emerge! Way to be on it kitty! 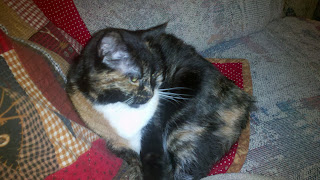 My theory is she heard mom and dad are getting new digs so Alley is occupying the couch...since she doesn't do well with change...well she does but only in three year intervals. She has been occupying for the last three days. 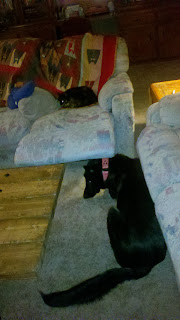 Until then, I'm quite confused as to why there are now all THREE kitties in the living room...napping on my couches. Is it a sign of the apoco-lips? I'm keeping my eye on them....
Posted by Anna the GSD at 8:59 AM 11 comments: 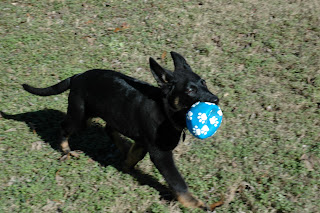 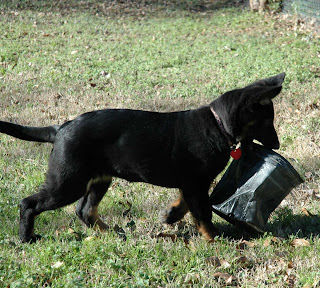 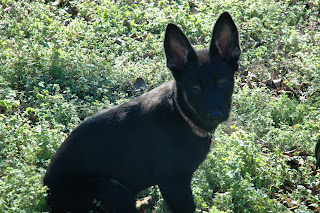 Mom had a dream last night that I was a little puppin' again, which made her think of my little bitty puppeh pictures. :)
Posted by Anna the GSD at 9:12 AM 17 comments:

As you know from my blog title, I'm a German Shepherd. But cause I'm not a "traditional" colored GSD, most peoples get confused...and I get called lots of different things.

To be exact, I'm what they call a bi-color melanistic GSD (that's me in the middle). Mom and dad didn't even know I existed until they saw me. They've seen the normal, all black, all white, but not a black gal with tan toes! We're actually one of the rarest coat types. Mom and dad call me "Bear" but it's cause when I was a little puppin I looked like a little black bear! ﻿

Anyhoo, when I young, I was called all kind of things...a long haired Doberman, a Doberman mix, a rottie with cropped ears (a woman accused mom of cropping my ears and went off on mom!), but mom's favorite was one woman actually stopped the car and asked if she was walking a JACKYL!!!﻿
﻿ 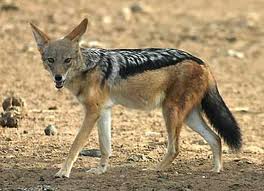 Okay, I can MAYBE see it in the ears, but for reals?? Plus I didn't know Alabama had a large Jackyl population....sigh...﻿ 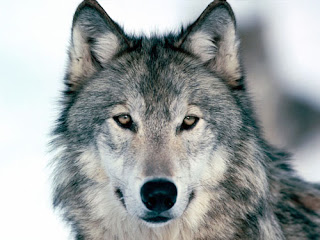 And TWICE now I've been called a wolf....once last year in the mountains and AGAIN this year! But they also lumped Duncan into the wolf catagory this time. I ask you this...even if I looked somewhat wolfish (helloooo the ears people??) would you ever see a wolf, hiking a trail on a leash with a matching collar...and a blue backpack?!?! 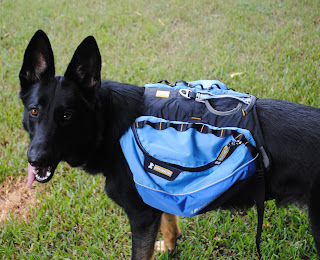 Also this year in the mountains, we ran into a "know it all" people, AKA a jerkface per mom and dad, who decided to tell mom and dad EVERYTHING there was to know about dogs. Then he said, "BTW, I love your Belgian Malinois" 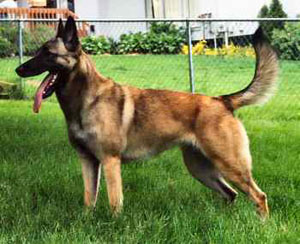 Huh? At first mom thought he meant Duncan, since he's at least brown although about 5 inches shorter and 20lbs heavier than any Mal, but no, jerkface meant ME!! When mom said "no, she's a GSD" he tried to argue with her that I was NOT that! Do wha?? So mom mumbled a "whatever, have a nice day jerkface" as dad pulled her away knowing she was about to go crazy-rabid-wombat on the man and we went on our way.

If I was a wolf, I'd have put the bitey on him, but I'm a lady, so I didn't do that. It's amazing what peoples thing they know about dogs...what have you been called that's been crazy?
Posted by Anna the GSD at 9:24 AM 12 comments:

Hey all. Well, guess what!?! I'm out of Anna Jail!! Apparently my leg is good enough that I can run free and do my "dooties" without a leash! Viva la Resistance!! And while that's good, I think I need to take mom to get her head examined...

See, she got another "leash" from work...another way they can make her work no matter where she is. Mom said it's called an "Eye Pad". But she did find some other neat stuff on there, well she thinks it's neat, I think it's odd...﻿ 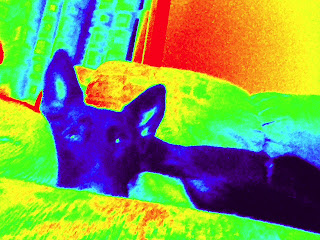 Apparently there's a camera hidden in that thing and it does weird stuff....like make an Infrared Anna.... 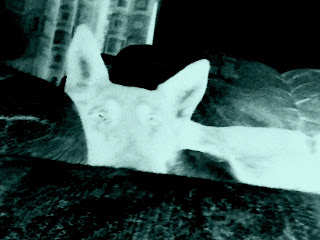 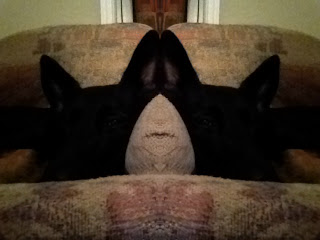 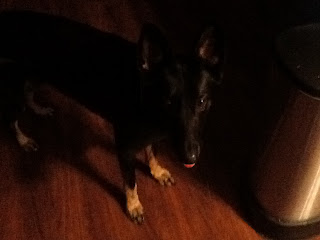 You can see what I think of this...why I'm not outside running free but instead being part of mom's experiments I have no idea. But she said now we should be able to blog from anywhere!

I'm not sure of this "blogging from anywhere" thing is worth the mom-work, but I guess it's okay. Maybe this means extra nom monies, or monies for Christmas shopping!!! ﻿
﻿
Posted by Anna the GSD at 12:28 PM 7 comments: