The weather here has been spectacular lately...spring came early, leaves and flowers are in bloom, squirrels are out for me to chase...it's wonderful! But then, there's a secret, hidden enemy that must be stopped.

With my super super super even more important role of protektor of the house and the invisible people puppy, I can't let me guard down for a minute. And yesterday, I had to go on the attack...of course, mom was at work so it was just me and dad, so there are no photos, but I've done my artist redentioning of the events...cause dad's version of the story sucked anyway.

Dad was chilling, doing some work on the invisible people puppy room, so I was, of course, supervising. On one of his many trips inside and then out, he left me inside....and thank god he did. We had an INTRUDER! As I stood at the back door thinking "How dare he leave me inside...what was he thinking....wait, what's that...."

I heard a loud buzzing sound, and there it was....a bumble. 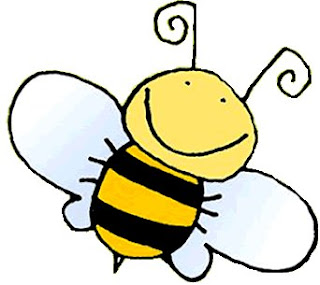 Most people think bumbles are cute and harmless, but they're not. They're killers as far as I'm concerned, and should not be in my house... 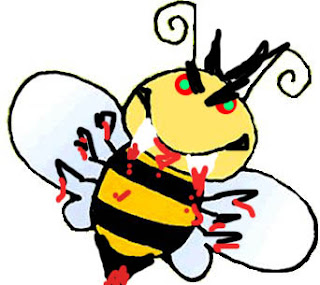 I knew I had to act fast...Duncan was oblivious, the kitties were out sunning in windows, it was just me and the Bumble....Mano e Mano!

Utilizing generations of german killing/wolf instinct I pounced...not thinking of myself...it was a bloodbath...I was reveling in my kill and then dad walked in... 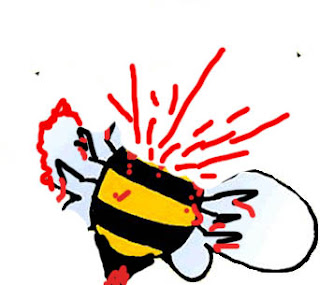 His side of the story is less dramatic, he told mom he just found a half nommed bumble on the floor and he took it away. What does he know?!?! Was he THERE?!?! It was a fight to the death I tell you!!!

Anyhoo...mom called me her little hero...at least SHE knows the value of all my hard protektion work!!!
Posted by Anna the GSD at 12:07 PM 12 comments:

Ever since mom decided to get the invisible people puppy, our life has been at a crawl!! Dad's been doing some finishing touches to the house and mom's been...well...sleeping.

But I do have some exciting news! My new sibling will be a BROTHER! That means I maintain my diva status and will have someone to play in the mud with! Score!

Also we're going on vacay to the mountains in February, so that will be sweet! Hope all is well and I'll try to get on here more often. 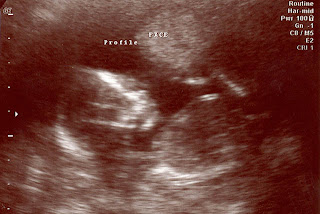