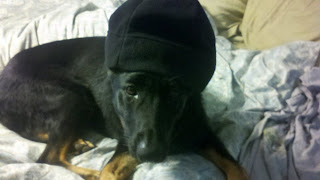 Yo yo yo!! Anna-Dawg here! I think I've learned how to keep mom at the crib, yo! I was chillaxin, watching some daytime TV and saw how some of these human kids got attention from their parents--by going thug gangsta!

So I busted up in mom's face with my gangsta, street cred hat and was like "Woman! You need to step up, for reelz!"

And she just laughed at me, took my gangsta, street cred hat, said I was cute and left for work.

Well, maybe I need a gang to be gangsta? I might be able to recruit Duncan, he'll do anything for noms. And Simon, well, he IS the original gangsta...

I'll ponder this while mom is out of town AGAIN!! See you all next week!!

I'm back! Yay! Mom made it back from Collar-ado. It seemed like FOREVER! She had fun but was glad to be home, she missed us tons, oh, and dad too! She even brought us all back presents, but first, here's some of her photos: 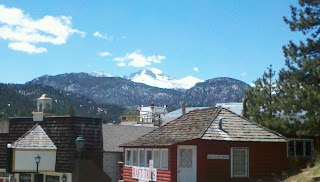 After her conference in Denver, she and Aunt Temple headed to Estes Park, outside the Rocky Mountain Park. It was soooo pretty, and warm, and then.... 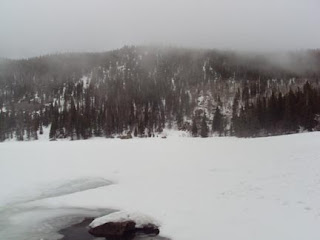 BAM!! Snow!! It was crazee! While dad and Duncan and I were sweating our butts off in 90 degrees, mom and Aunt T had a winter wonderland!! 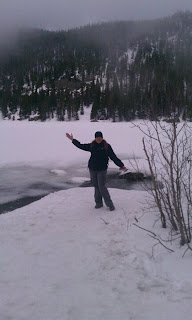 This is at Bear Lake...somewhere, under that snow is water.... 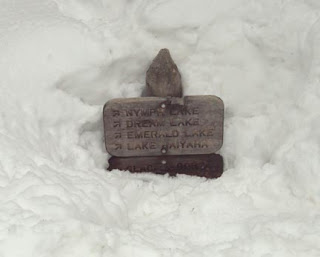 How much snow you ask? Well take this example, mom and Aunt T were walking ABOVE the trail marker signs, they had to be dug out so they knew where they were! That's like 5 feets of snows! 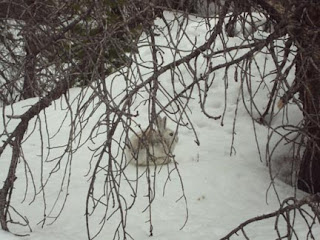 But even with the snows they found wildlife, they found this bunny. Apparently, the snow makes the bunnies crazy, cause while all the park signs say DO NOT APPROACH WILDLIFE the wildlife must not do the same, cause this bunny charged Aunt Temple...Frankie Furter is right, bunnies are the devil! 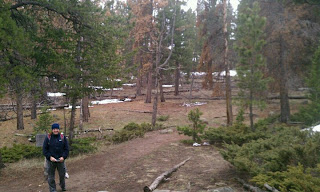 They finally found some lowland areas that weren't up to their butts in snow. That's mom looking like a frozen hermit in the corner. 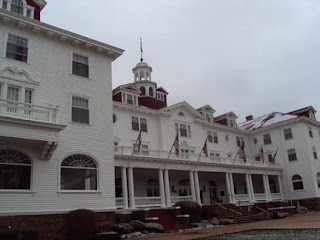 After all the hiking, mom and Aunt T went to stay at the Stanley Hotel, where some dude wrote some Shining book. It snowed all night there too! It is pretty though, and dog friendly which allowed mom to see puppens and miss me! 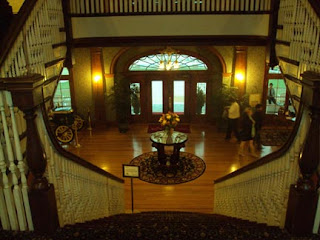 Check out that stairwell....I'd so want to slide down the banisters! 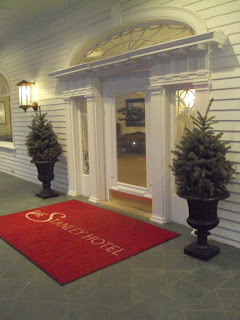 This is the part mom stayed in. No ghosts though. I think they were scared I'd come put the bitey on them if they messed with the mom. 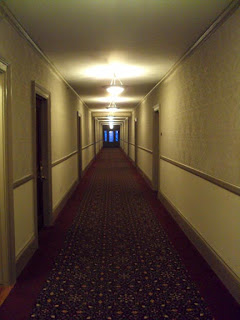 Mom said this is the hallway that inspired the creepy scene in the movie... 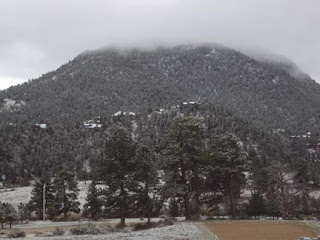 When they awoke on Sunday to come home, this was their view. I know a few husky-roos who'd have a BLAST there!!! 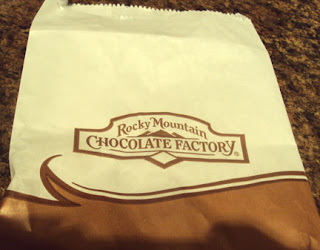 When mom got out my present, I thought she was being mean! I can't has chocolate! 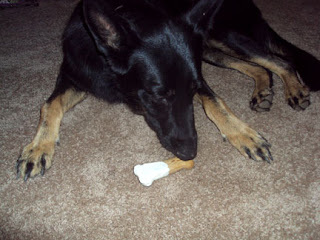 Oh, but no, I was wrong, this was a doggie friendly chocolate NOM!!! Oh, Duncan and I NOMMED out hearts out!! It was glorious!!!

So, we're here for now. Mom leaves Sunday for a beach conference! Gah woman! If we missed your blogs we apologize, we're going to try to make the rounds today!! Chocolately kisses!
Posted by Anna the GSD at 12:47 PM 16 comments:

Remember a while back when I said mom was leaving me with dad cause she had to go out on a trip? Well, the time is almost here! Mom and Aunt Temple are leaving EARLY Sunday for Collar-ado!

After they spend some time with Granny for Mom's Day on Saturday, they are flying out, first stop is Fee-nix to change planes, then on to Denver...I've made a drawing of it for you:

Once mom and Aunt Temple get done in Denver with mom's conference, they're going up to Estes Park, Collar-ado to go to the Rocky Mountain National Park to go hiking. I asked mom if Aunt Temple will need to borrow my backpack, but she said she's fine.

While up there, they're staying at the HAUNTED Stanley Hotel, the basis of some movie called the Shining? 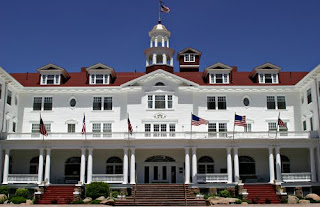 And they're staying on Friday the 13th! Mom and Aunt T sure are crayzee!

Mom is making all sort of notes and things for dad...so he knows how much noms to feed us and when and who gets what pills when and stuff. Very important nom information. So after Friday I won't be around for a bit, cause mom is taking the technologies with her.
Posted by Anna the GSD at 8:43 AM 23 comments: