Vacay Hike: Where I Wasn't Supposed to Be

I'm almost done wrapping up our hikes from vacay. This hiking day will be a two part post. The first part was on the Rough Ridge trail, which isn't too long, but gives spectacular views! It was trail 1 of mom's b'day hiking.

So anyways, why we loves the Blue Ridge Parkway is they do be very puppy friendly. Which is good. But mom and dad saw something on this trail we'd never seen before...a sign that said "No Dogs on Trail."

What....the....crap. Guess what. We ignored it. We ignored it so good, we don't even have a picture of it. Now, we're not big on breaking the rules, but it said nothing of this dog-discrimination in our trail book, in fact look at this picture: 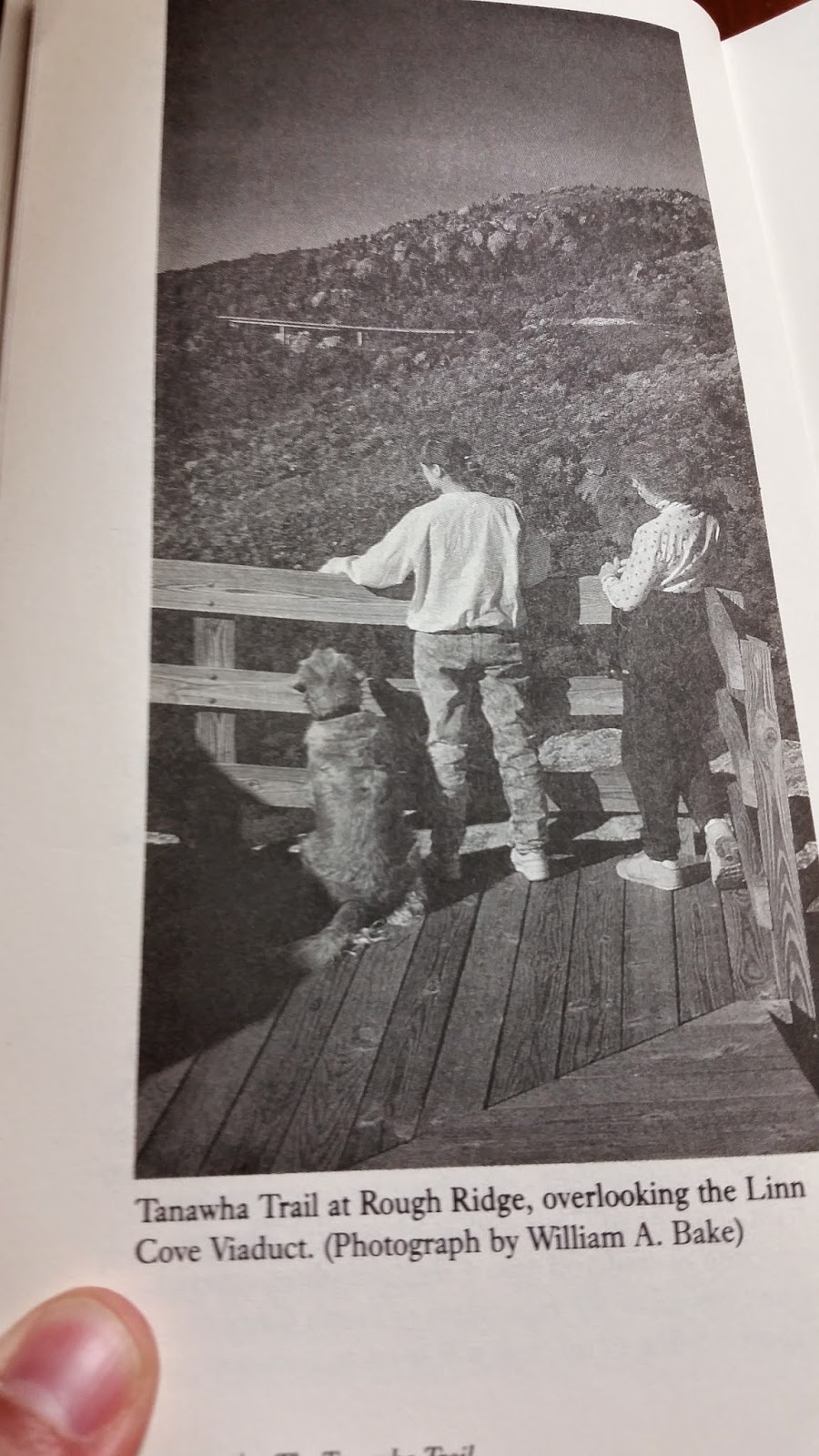 That dog don't even be on a leash! Of course, this might be a little dated, since the peoples look like they stepped right out of a Fresh Prince of Bel-Air episode, but oh well. So up we started! 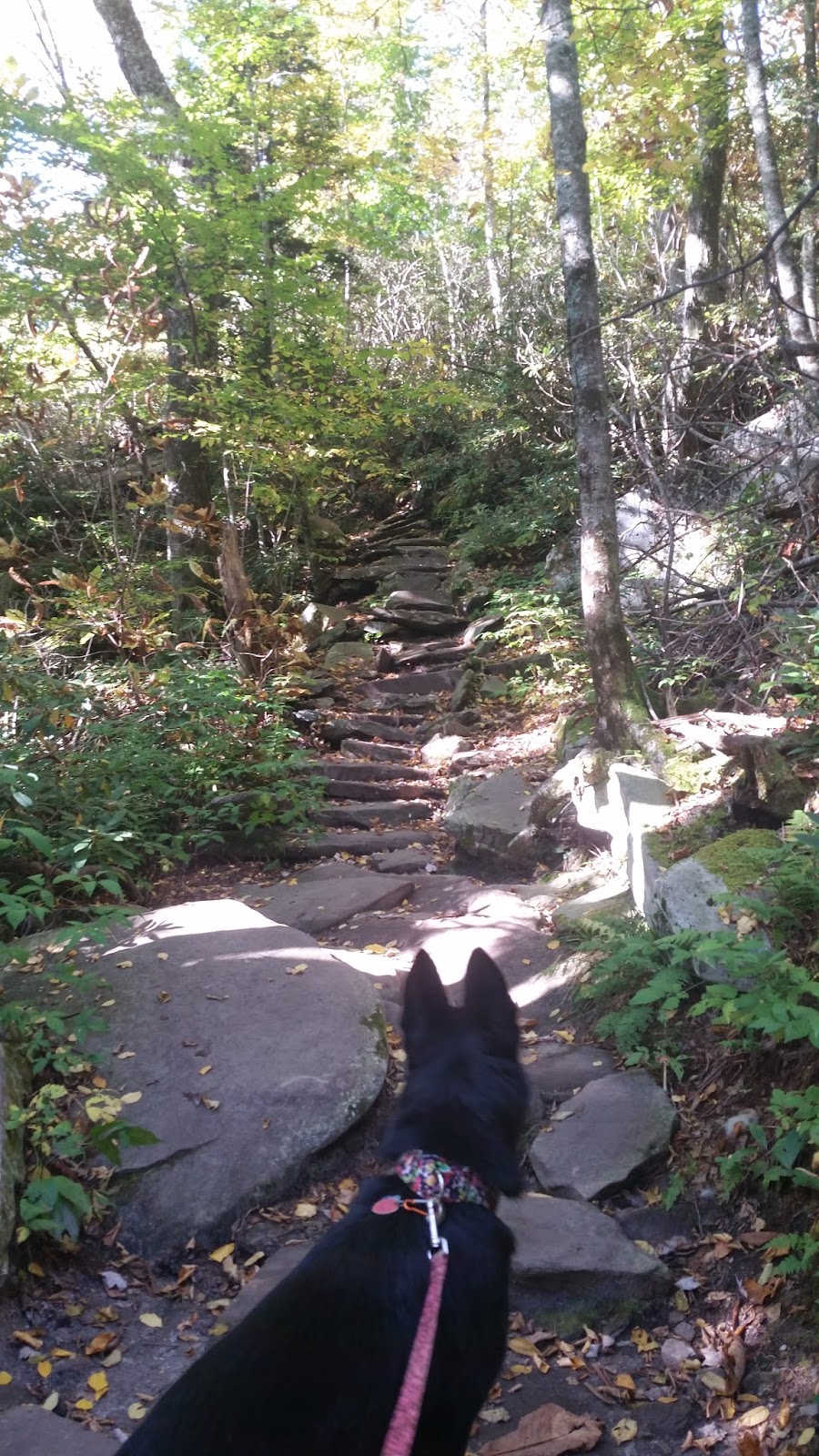 A little after we started, here came two peoples real fast up the trail, and guess who one was? It did be a Park Ranger. Oh snap! So mom put me in a sit and we hoped he would be distracted by the cuteness of the BP and he just said hi and kept going! Whew! 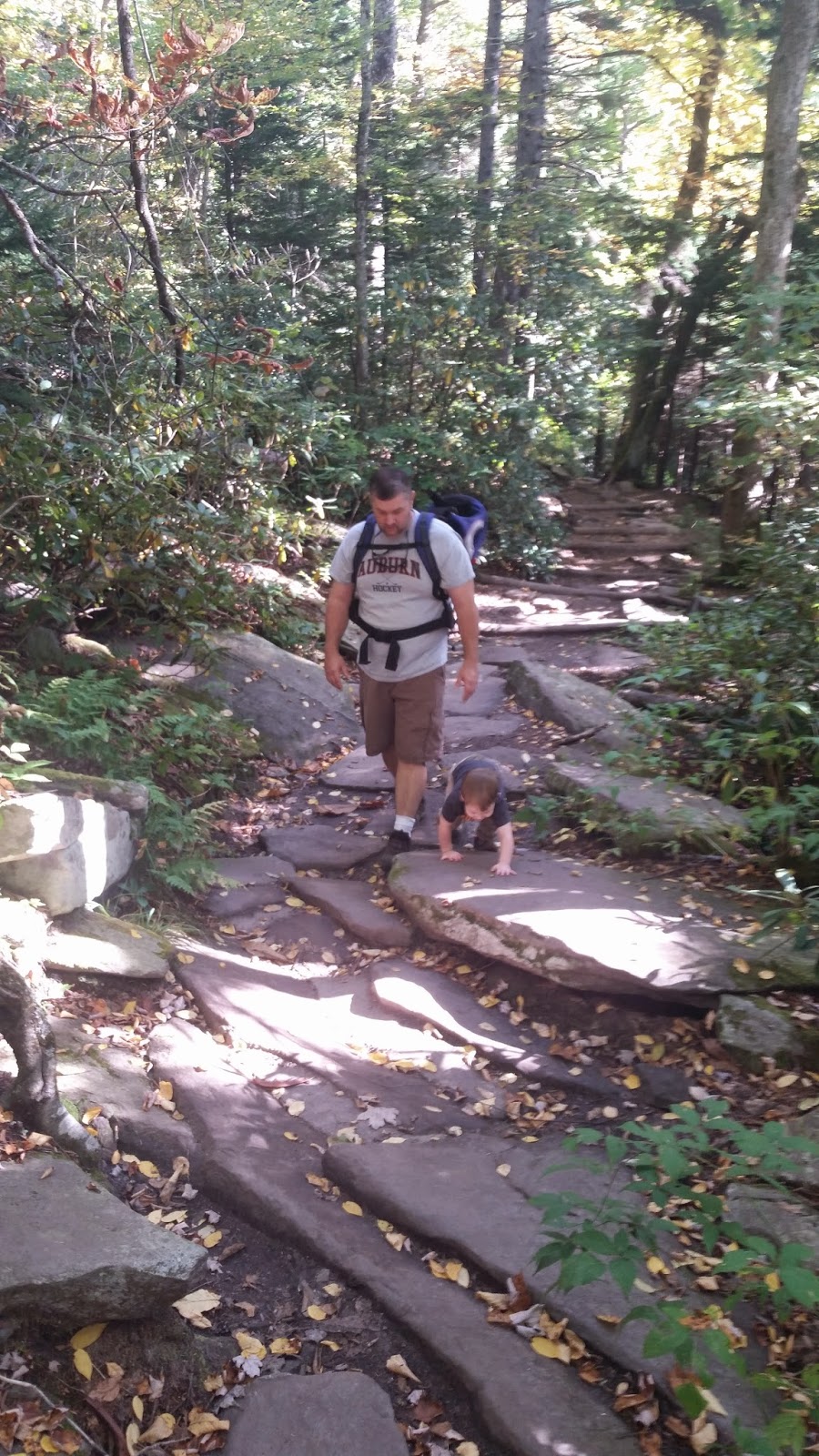 Do you know that BP climbed up that whole trail?  I was impressed, but was getting more impressed as we noticed the leafs were changing colors. 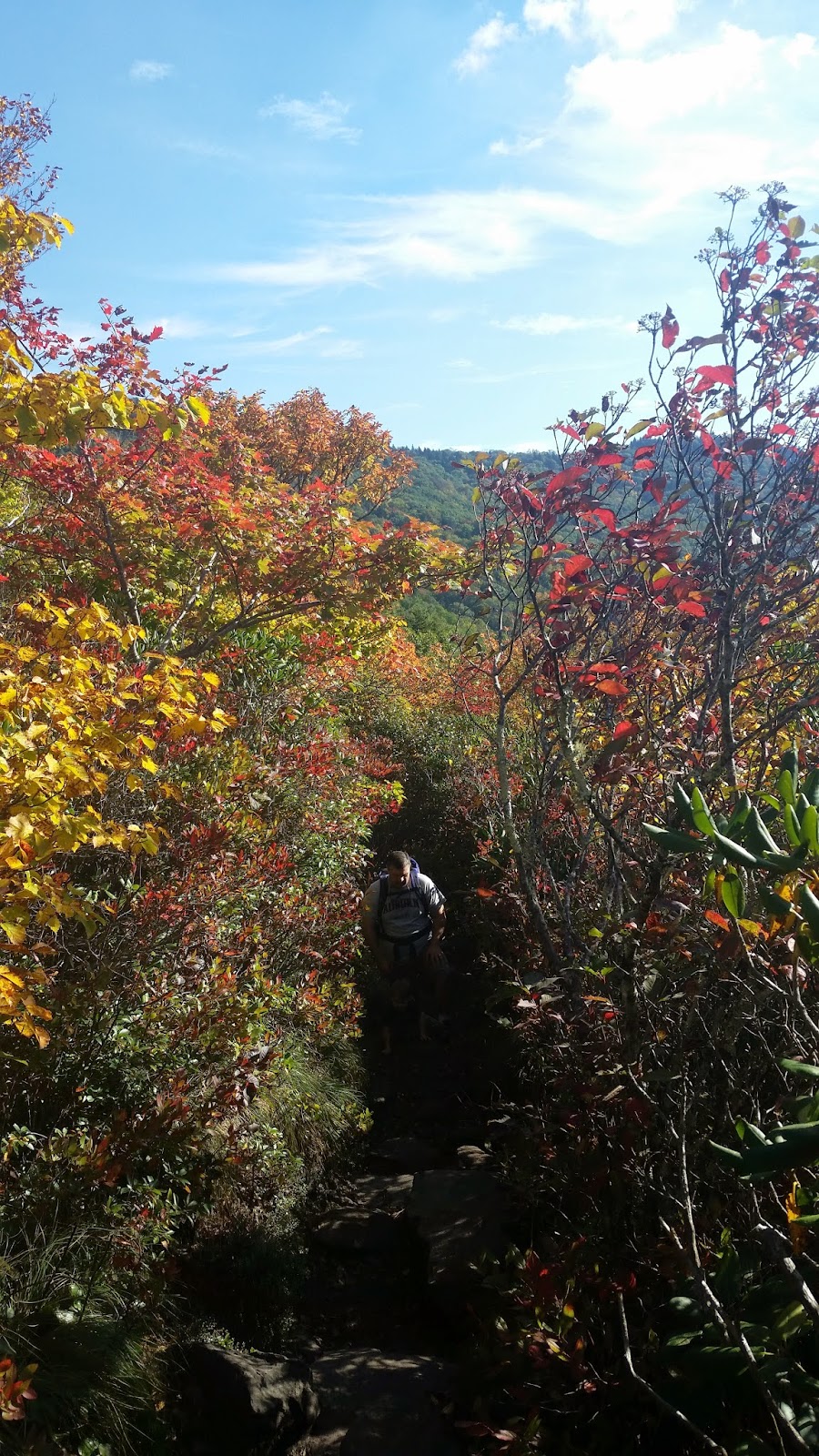 Then we got to the top and WOW! 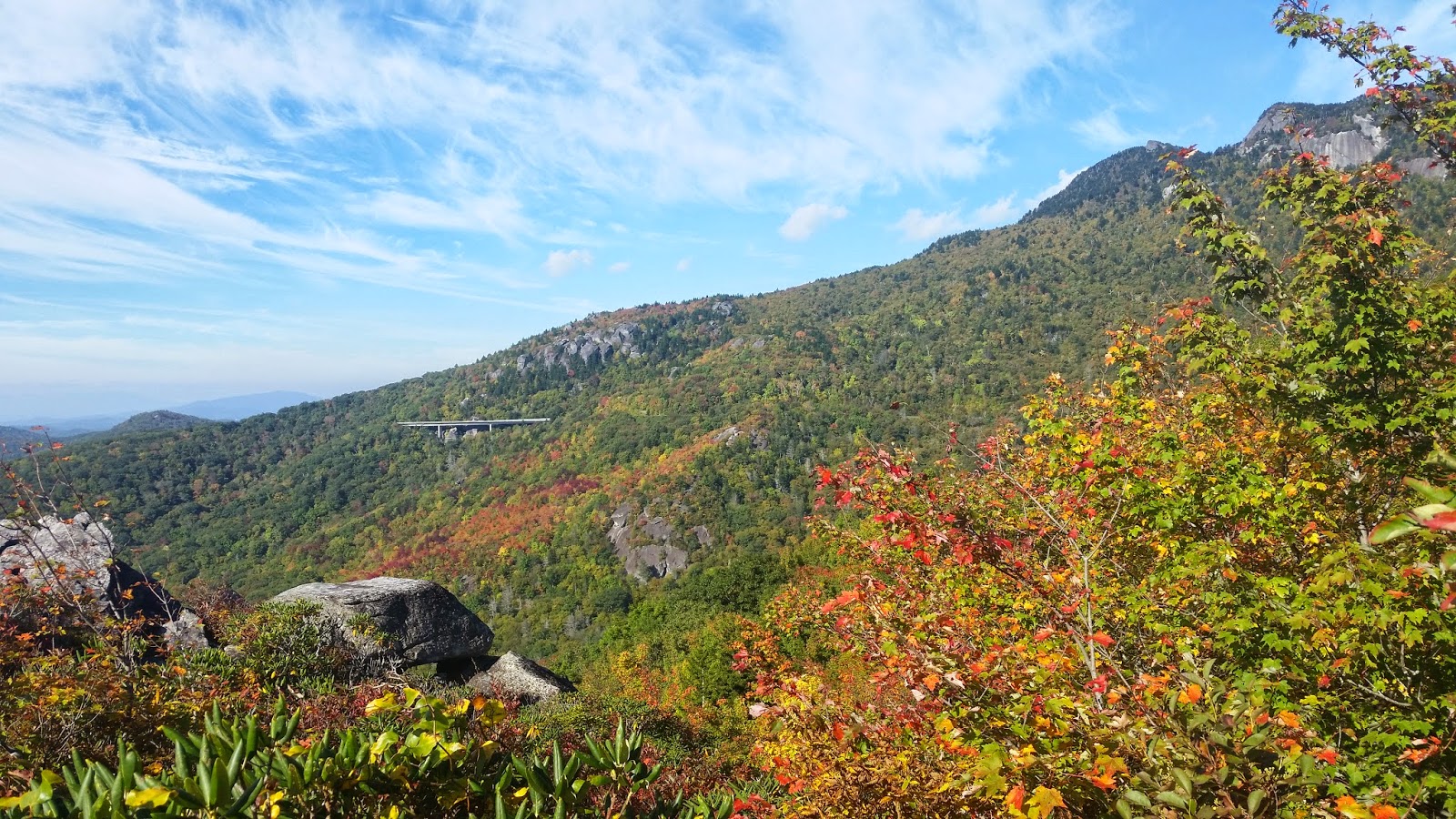 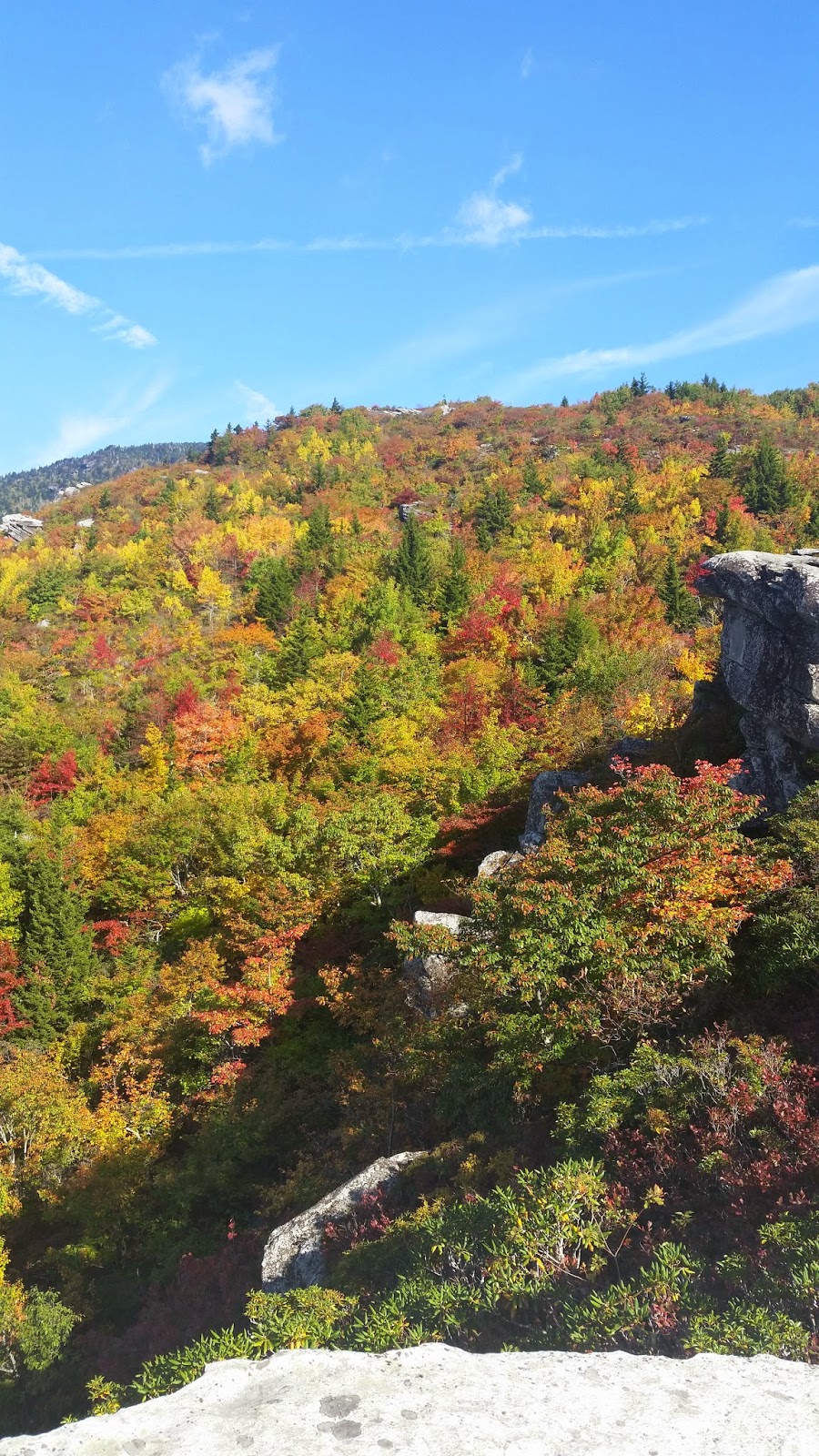 Mom and I even took a selfie! 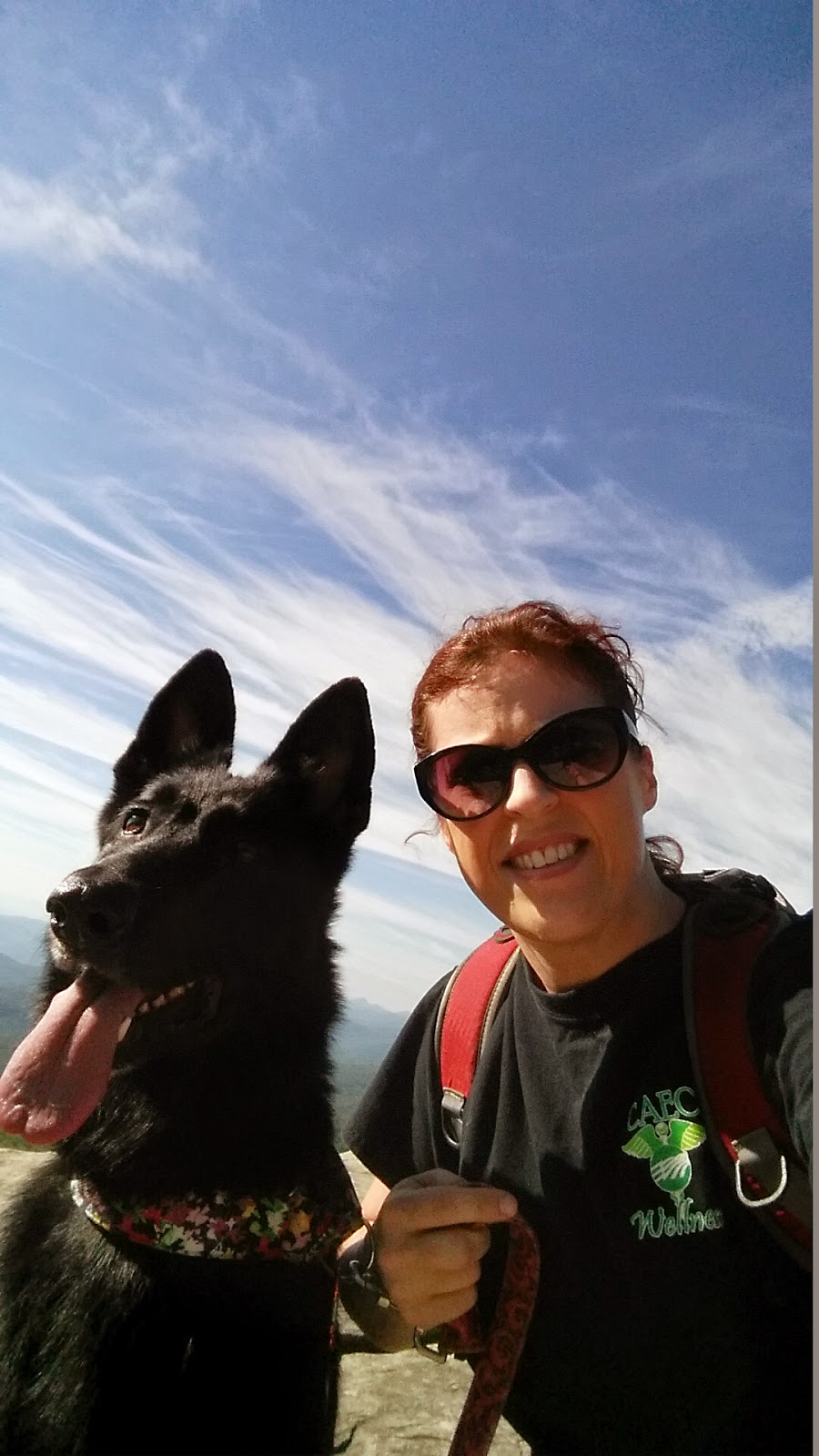 We ran into Park Ranger up there and he said Hello again and that I was pretty. So I guess it was my looks that got me by! Whew! 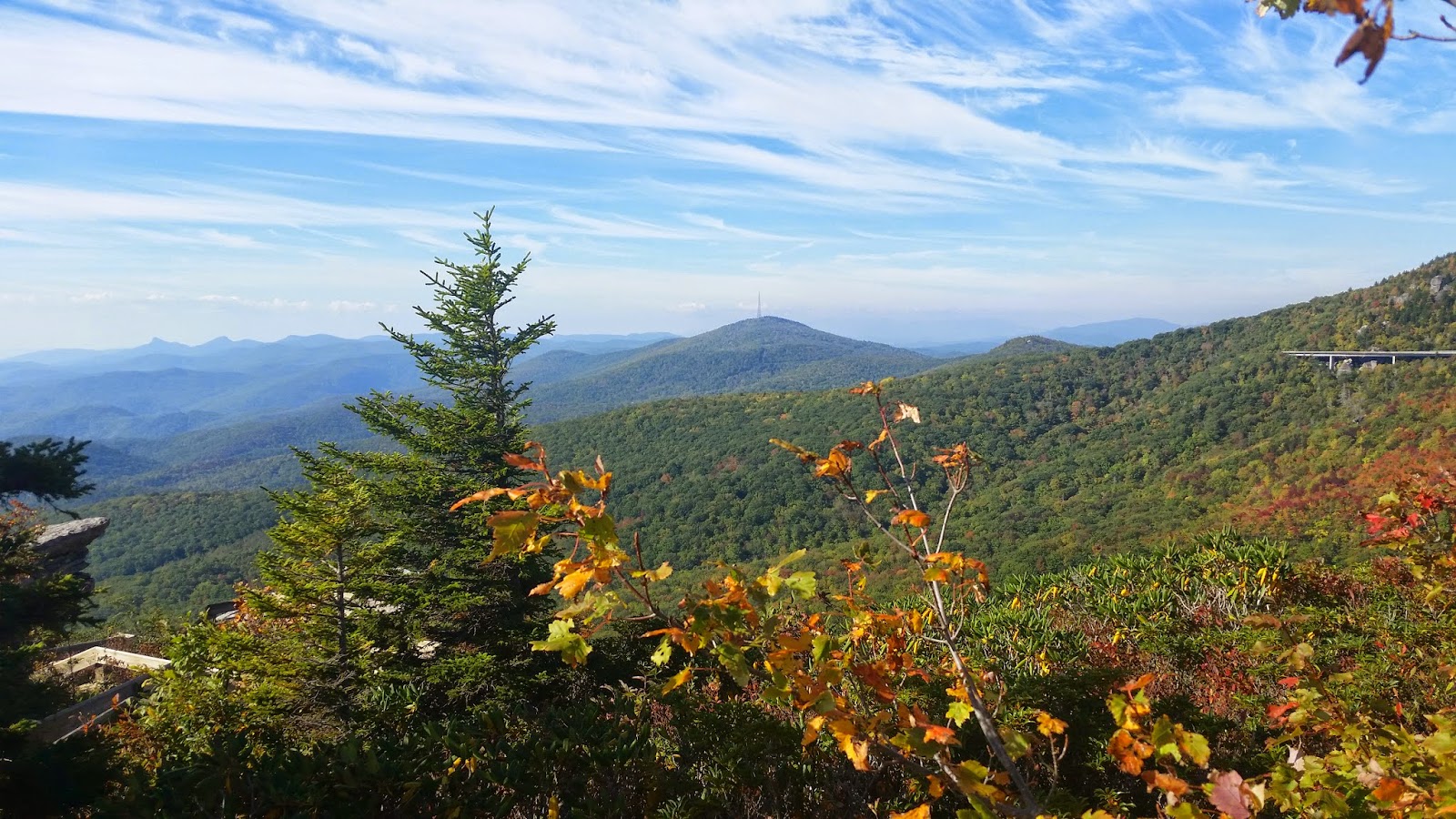 Mom tried to take a picture of Dad, BP and me, but I guess neither me or the BP was in the mood... 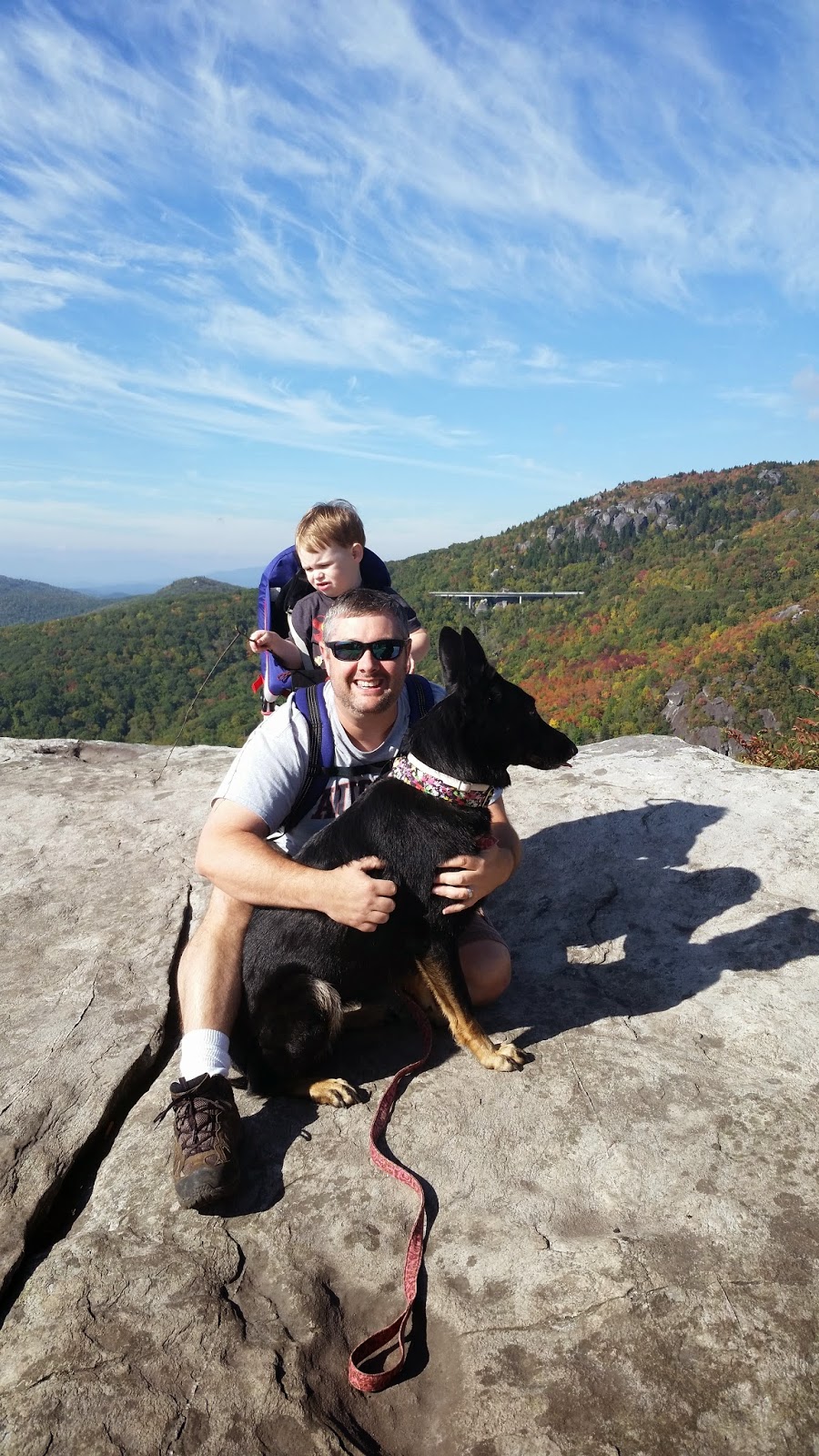 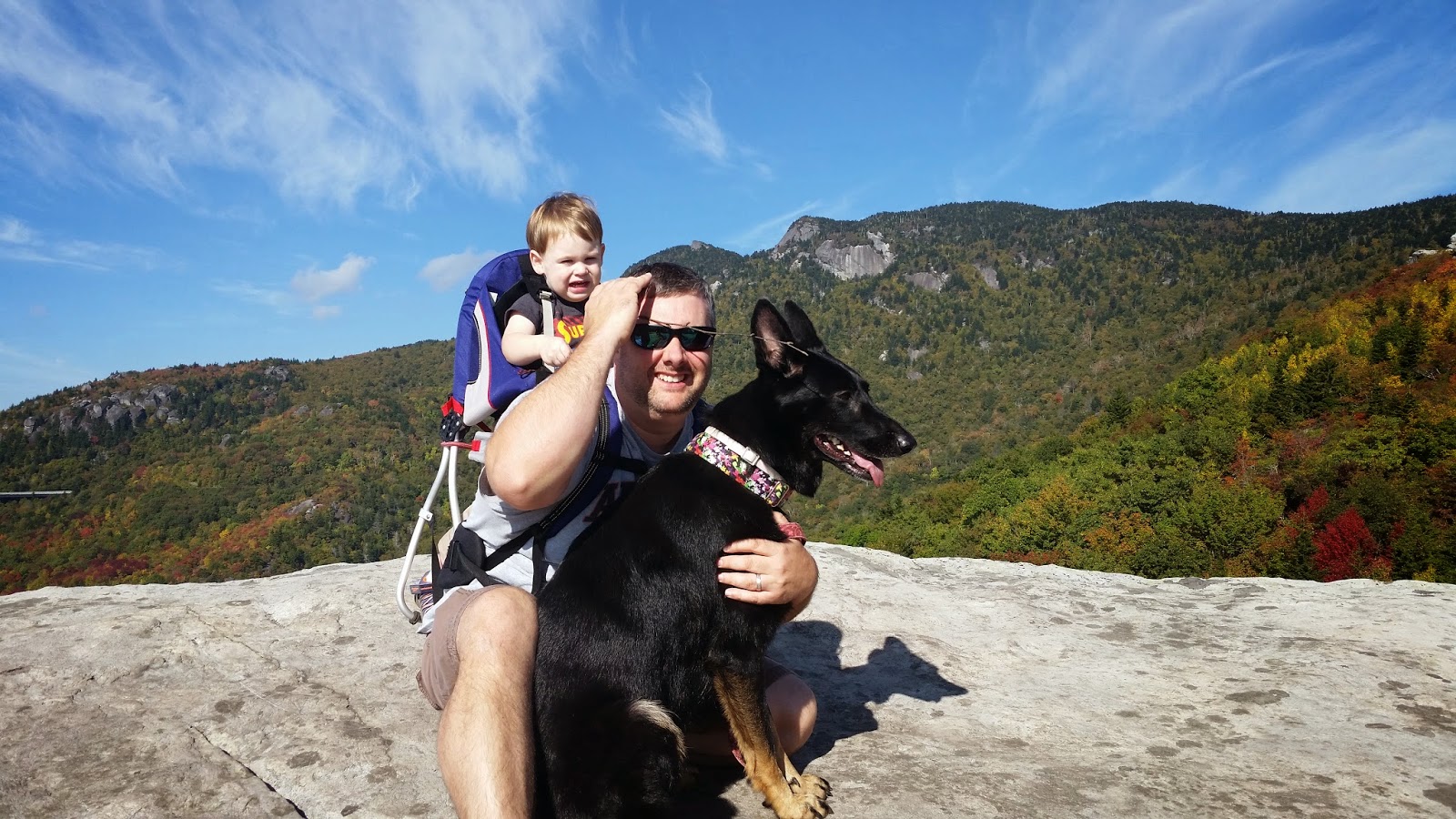 On the way out, we did see a sign that we followed, it said "NO BODY COME UP HERE!" so we listened and got ready for trail 2! 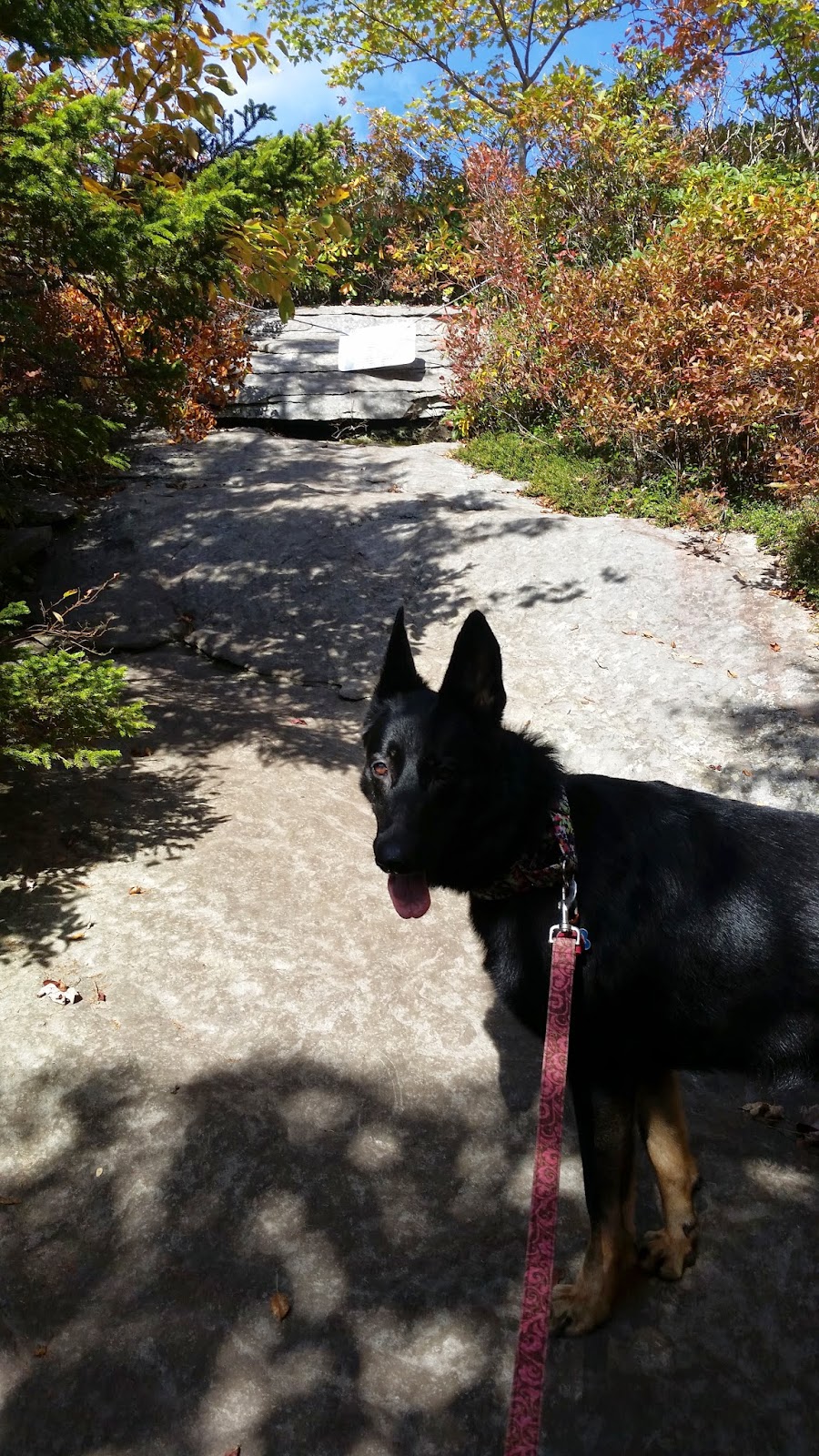