Anyway, today I thought I'd share some pics of our hike to the Cascades Falls. Duncan stayed back at the cabin gettin his Zzzz's on. It was a foggy, cool day which made for much less peoples being out, so we basically had all the trails to ourselves! 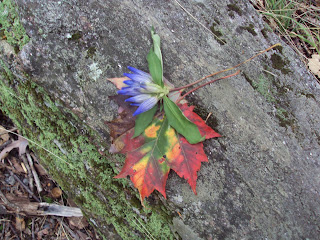 We found this on the trail! Isn't it pretty! I didn't even eat it, we left it for other hikers to find! 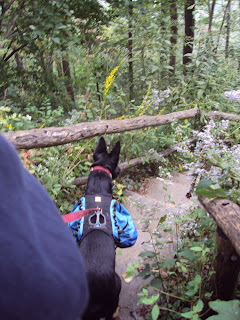 There were some steepy stairs going down to the falls...maybe Duncan had the right idea staying home and getting his ZZzzz's on! 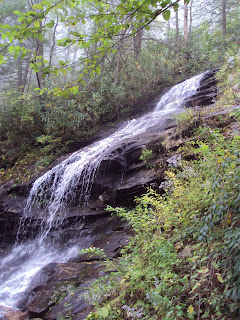 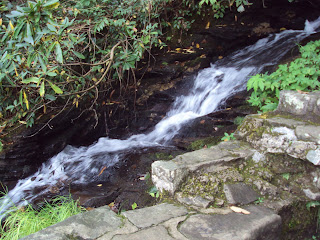 But we made it down...isn't it pretty? Once again, I was NOT allowed in the water...huff. 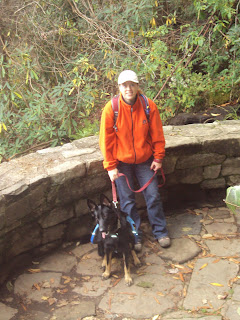 Mom and I down at the bottom of the falls. 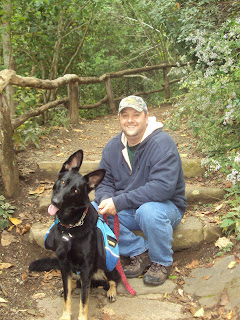 Dad and I took a photo op on the cool pathway....I figured it was a perfect time for head tilt one..... 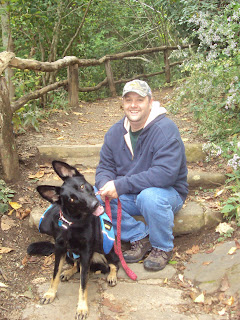 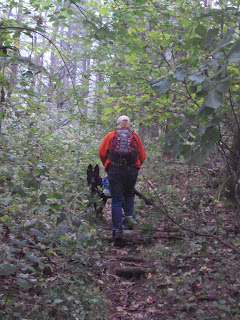 We found a trail off the main trail labeled MST (we now knows it's the Moutains to Sea Trail!) and we followed it. It was nice. No other peoples were anywhere! It was a good two miles round trip. (Here I am catching daddy taking a photo of mom's bum!!) 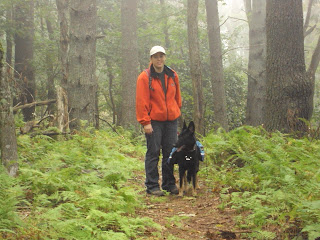 We found all these, FURNS! They was everywhere! They weren't that fuzzy, so I don't know why they was called furns! 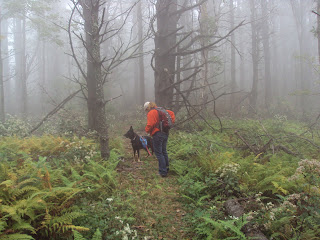 Then the woods got CREEPY lookin! Big dead piney trees and fog! It was like out of a horror movie! But it was pretty....but pretty creepy too! 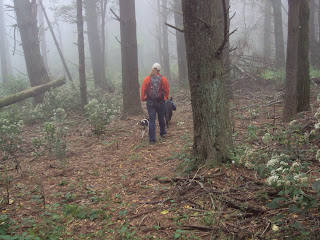 On the way back we found two beagles! They followed us for a while. Mom and Dad checked their tags and they were local, so I guess their peoples just let them run around. I shared some water with them though! 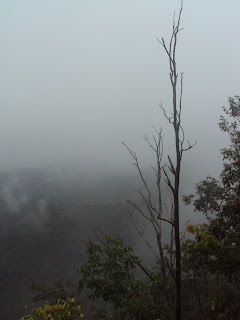 Later on, on another trail we found this scenic outlook...it wasn't very scenic because of all the rains and fog...but it kinda went along with the whole creepy theme of the day! 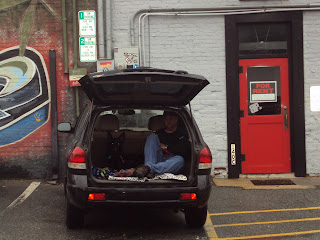 On the way back to the cabin mom and dad stopped in Boone to go to a cool olive oil store. I got to go in too, the lady was very nice, but then some oils or something got in my nose and I started having a sneezy fit! So dad took me out back to the car. When mom came out she started laughing, saying between the graffiti and the for rent sign we looked homeless! Now I've been called a wolf AND homeless in the same trip!!

Tomorrow we'll be on the top of the world!!