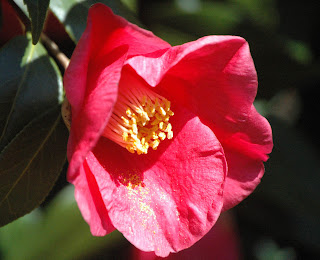 This weekend was super! I think that ground squirrel/hamster/varmit/thing was right when he saw his shadow. The birds are singing, trees are budding, Duncan is rolling around in the grass. Yep, spring is here! As you can see by our gardinia bush, it's become a lot more colorful around here! 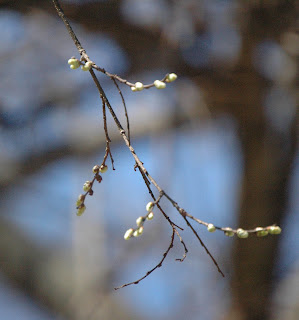 Mom says the trees should have leafs on them by the end of the week! 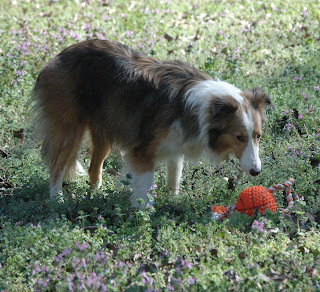 Mom, Dad, Dunc, Cousin Rebel and I decided to hang around in the backyard most of the weekend....play ball! 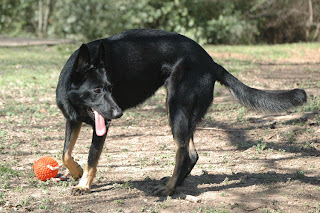 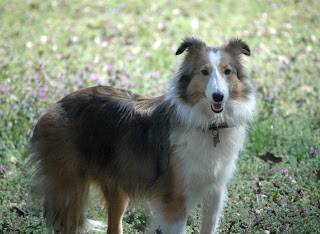 I just stopped to smell the flowers! 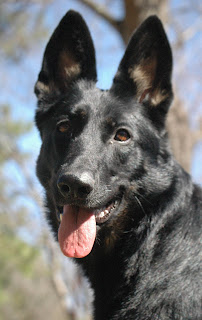 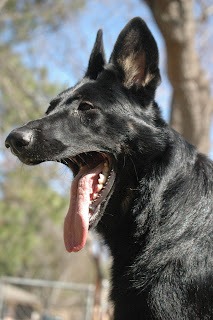 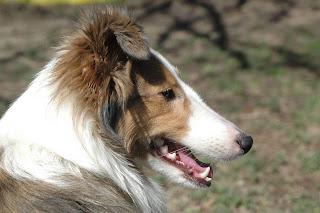 Rebel struck a pose too! (if his ears look a little slobbery, I assure you, I have NO idea where the at could have come from...whistle whistle) 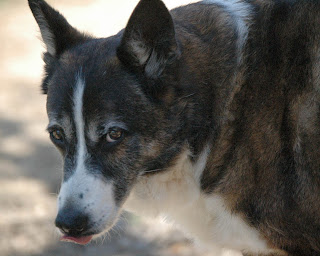 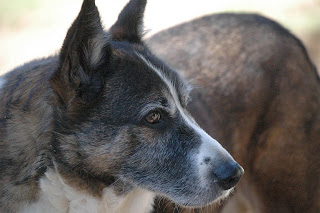 But he gave in with a distinguished gentleman pose...very George Clooney-esque, no?
It was a great weekend! Mom didn't get any play photos of me and Reb cause everytime we started she didn't have the camera...well, that's what she says, but in truth she was taking a nap in the sun!! And Cousin Rebel goes home today. Boo!!!!

I've received some great Tongue-tacular entries! I will be posting round one of photos later this week...so get your Spectacular Tongue-Tacular on! BRING IT!!! :)
Posted by Anna the GSD at 8:59 AM