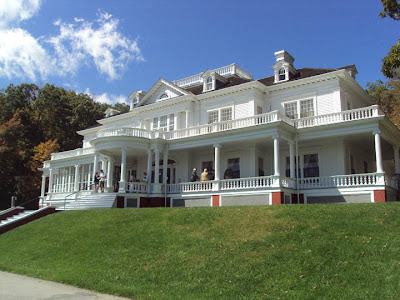 After we left Price Lake and the beavers and whatnot, we hit up Moses Cone Park. We'd passed it a lot last year but never stopped. Man, am I glad we did! We never expected to see this beautiful giant house in the middle of the Blue Ridge! 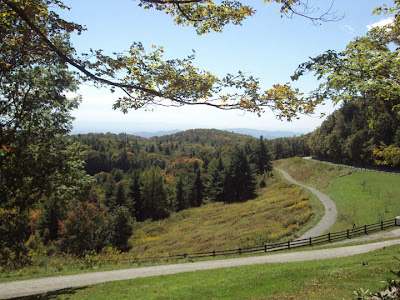 And check out these views! Can you imagine waking up to that EVERYDAY!?!?! Apparently the Cones owned  A LOT of land. Mr. Cone died and the Parkway people wanted to put the BRP through their land. Mrs. Cone said "Heck to the no!" but then a few years later she died and the family donated it all to the BRP Foundation! Way to go Mrs. Cone's kids! 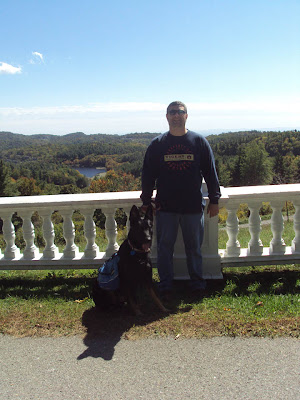 I told dad we should move here!! 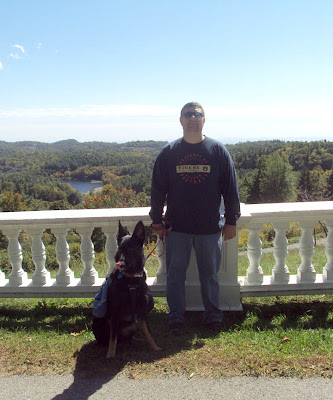 Dad said no, unless we win the lottery. So I went PFFFT! on that! 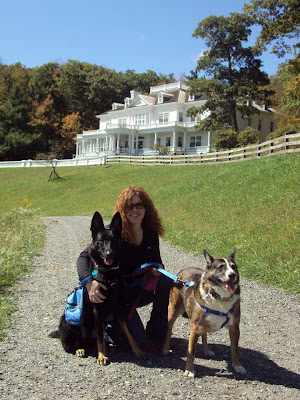 Not only was it beautyful, but we also got a picture of us both looking in the general direction of the camera. I don't think that's ever happened before! So off we went on the miles and miles of "care-ridge"roads, starting on the DUNCAN road!  I wondered why these roads were so nice and big. And there were lots of piles of poo on them....I thought maybe cause it was named after Duncan? 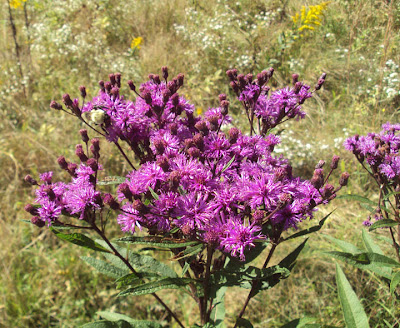 Oh well, we just took in the beautiful scenery. Flowers were in bloom in the cool fall air....and then it happened... 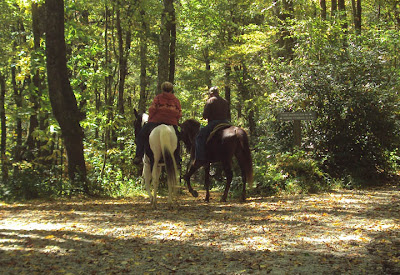 I heard a loud SNORT and behind us were the most giantist dogs I've ever seen!! I was like WTF?!?! 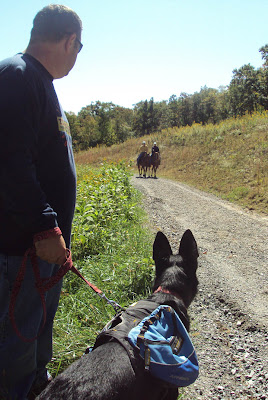 The next time they came upon us, I was ready with my super-sonik hearing. 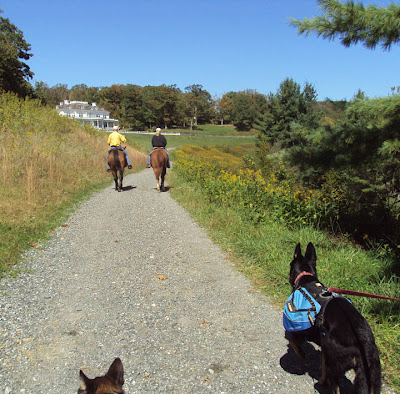 We walked behind them, as not to spook the "horses" aka GIANT DOGS. I wanted to sniff them and Duncan wasn't scared, he said he used to chase horses when he was a whipper snapper like me! I guess this is why people call me a pack mule when I wear my backpack, cause I'm like a minature-giant-horse carrying stuff. We even have similar ears!

That's it for day one of hiking. Tomorrow, I'll show off my camo-flage!
Posted by Anna the GSD at 9:39 AM