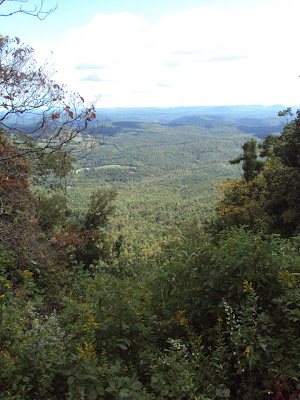 During our trip, when we weren't out seeing BEAUTYFUL sights like the above, we hung out at the cabin. 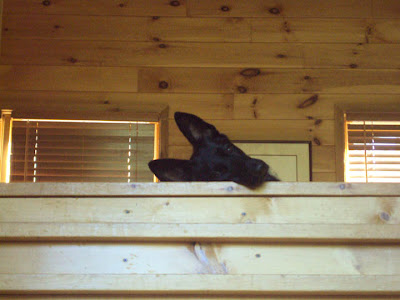 Most of the time, I was dog tired so I'd pass out...err...recharge my super puppy energy supply. 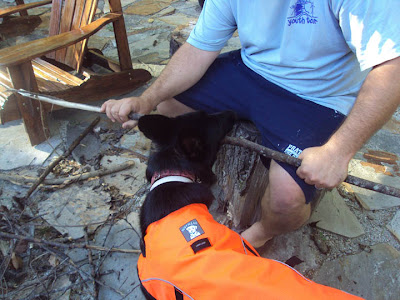 But then this place also had a firepit!! At first I was confused as to why mom and dad would take perfectly good sticks and throw them in to be burned! I tried to fight them at first (I had a nice little secret stockpile of sticks I'd saved from them) but then gave in and decided to help them. Mainly because when they had fire, they brought out the hot dogs and I'm a sucker of nomming hotdogs, and dad dropped a lot of hotdogs. 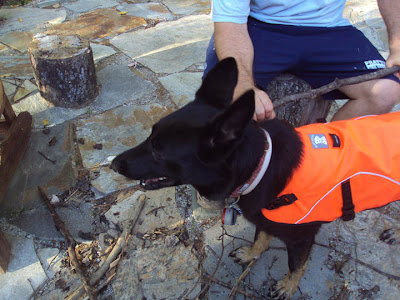 Then one night I heard something...it was in the woods behind the cabin. So I went to investigate to proteckt my peoples. The following is an artist renditioning of what occured cause it was getting dark and it happened so fast mom didn't have the camera. So below is what happened...except it was getting dark....and I look cuter in person...

So anyway, mom came to see what I was looking at, she couldn't see me (at this time I didn't have on my no huntin vest nor my inky-blinky light). Dad came up and they heard a twig snap, then BAM! 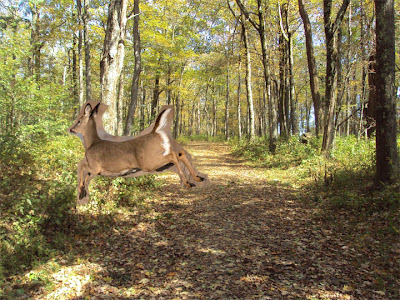 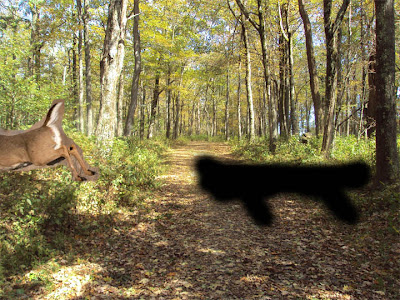 Then all they saw was a black blur of ninja-like quickness right behind that running fast deer! 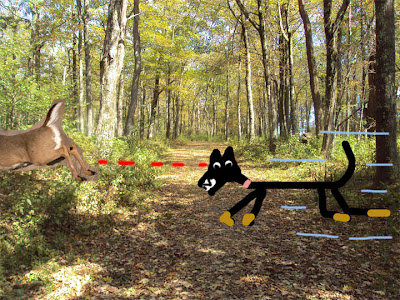 If you slowed it down you would have seen me, running at the speed of squirrel with my eyes lazer locked on that deer's booty!

And then I was gone! Mom and dad called me and in less than five minutes I came back. Deers are fast yo! I'm pretty sure if we hadn't gone on that looooong hike earlier (I'll post that tomorrow) I'd have caught that deer. I don't know what I'd have done with it. Maybe licked it and walked off? Oh well!

So when I got back mom put me in the house, which was fine. Cause I wanted to pass out..err...recharge. From then on out, I always had my inky-blinky light on at night, but I didn't chase any more deers. It was fun though! Last year turkeys, this year deers....wonder what's next?!?!