SLOOOOOOWLY Fall is trying to creep into Alabama. And it's taking its sweet time. The weatherman did say this weekend was supposed to be nice and no hoomidity, but he then said "Nope, I is a big fat liar and killer of dreams, the cold front is not going to make it that soon."

So, it was a bit cooler, but still hoomid. We were thinking, fall will never get here! But then mom started seeing the signs of fall. Her first alert was me and the Bald Puppy looking out the window with concern.

It don't look like much, but by the time mom got her camera this is what was left, but before our and our neighbor's yard was COVERED with black birds! It was like something out of a horror movie...but it got scarier when the Squirrel also got involved! My BARK BARK at the squirrel and the BP saying "SHOOOO!" to the birds scared most of them away. Mom says this big herd of birds means the temperatures must be about to change.

Then, after the scary herd of birds left, we went out back in the yard to play. The BP kept picking something up, then mom realized it do be the pee-kans falling from our trees! 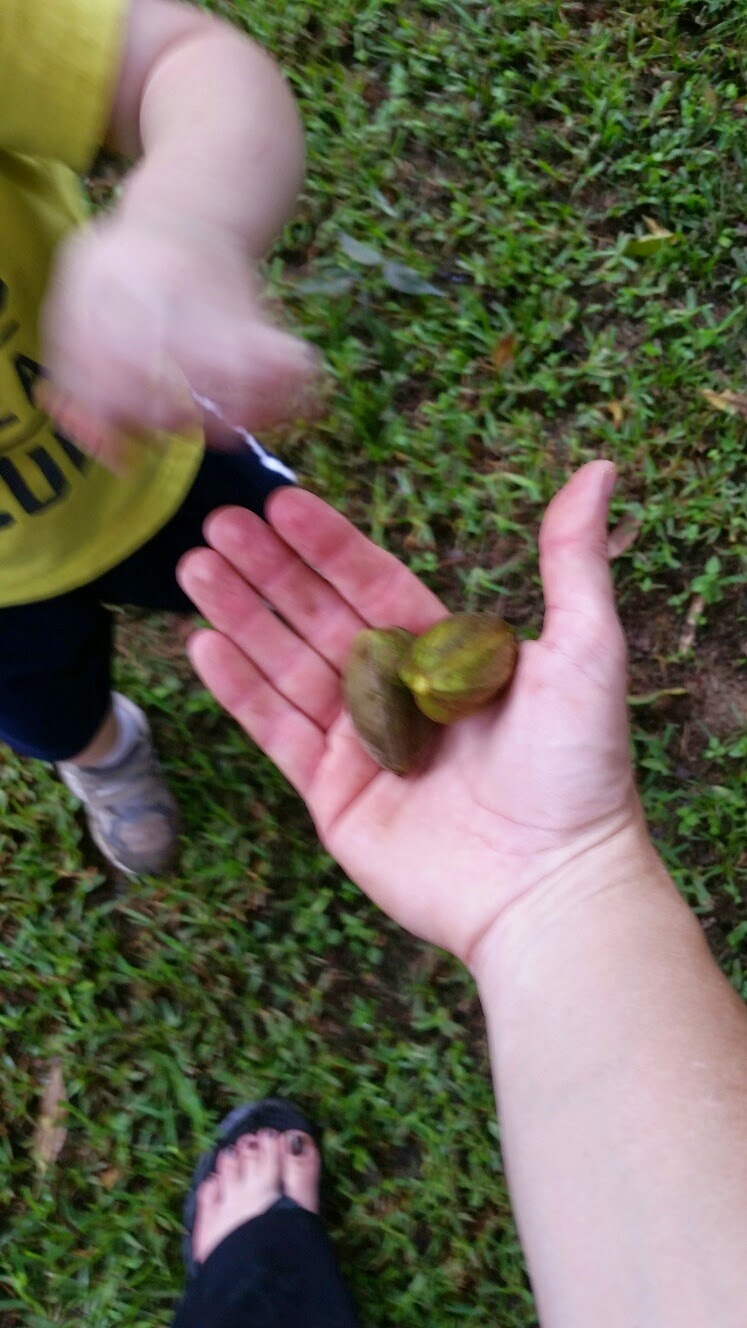 Mom says this is another sign of fall. I say, it's prime squirrel bait and that I will be watching the trees and ground very closely for the next week!

Finally, mom looked at me and the Duncan and said we looked "ratty". What does that even mean?!?! Well, I found out it means that we get the brush. Now, Duncan loves the brush, but me, not so much. But after brushing this is what was left: 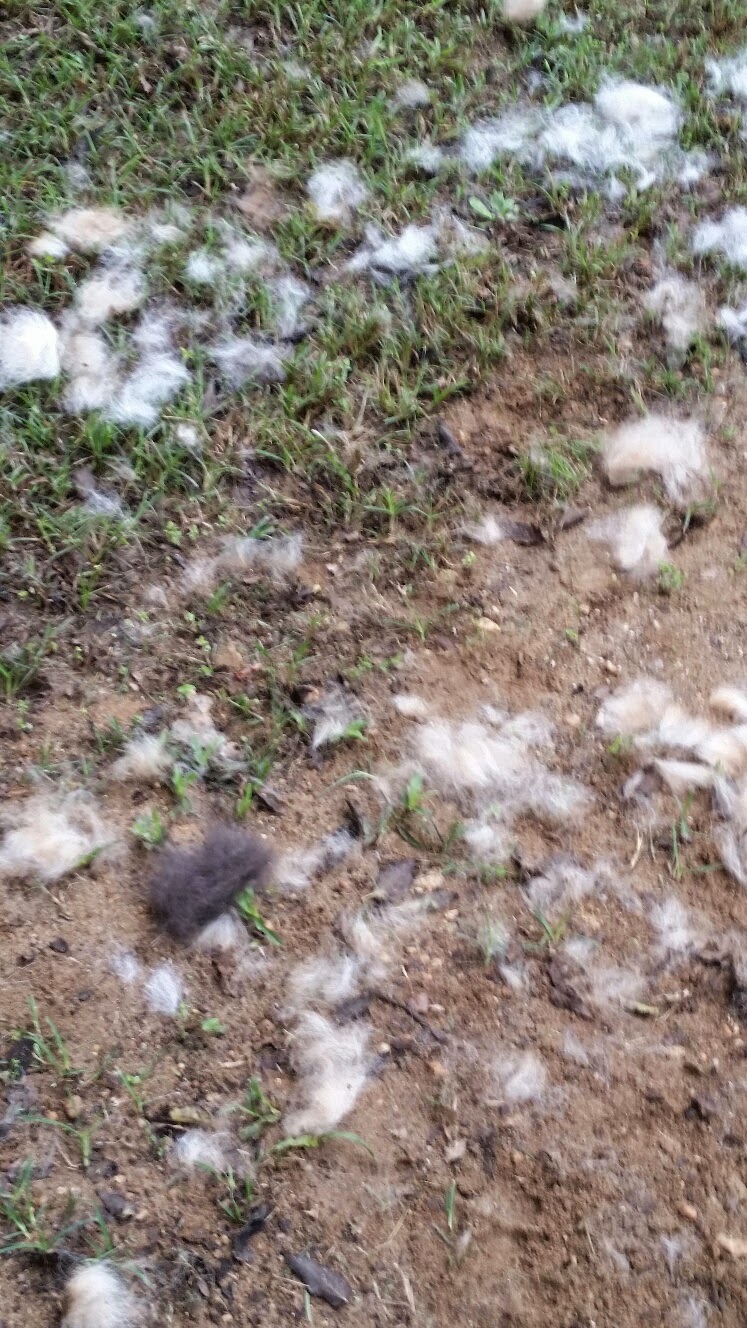 It looks like I got a hold of one of them squirrels! But no, it's just about 20 cubic tons of dog fur. Mom says this do be us "blowing our coat" getting ready for winter. Most of it is Duncan's, I just had a few black poofs, which means I am not near as ratty as my brother.