Today, we're actually going back to ummm yesterday? Not much went on today, and I'm like "well I have a time machine, so I can go back to yesterday!!" Got it? Good!
Anyway, so YESTERDAY back in 1558 was the beginning of the Elizabethan Age. It started like this:
This dude (Henry the VIII)... 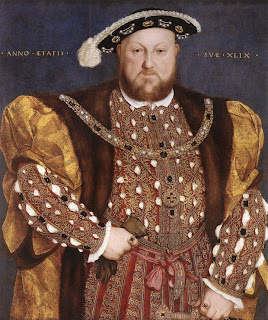 (who mom likes this version better...I don't get it?) 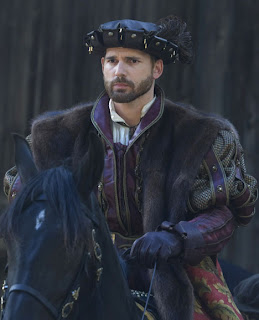 ...married all kinds of moms. And they had kids. One of them, Mary I: 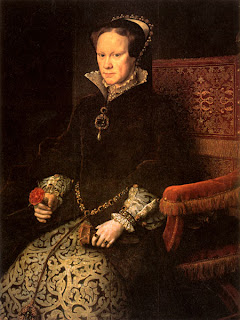 Became queen. She died. Then her half sister Elizabeth, who was from one of the other moms that ol' Henry was with, became queen. Get it?
Elizabeth I (more Elizabeths followed....not real original with the names back then were they??) ruled during the "golden age." She also was known as the "virgin queen" because she wouldn't marry a dad so she could keep her focus on ruling England and making it prosper. 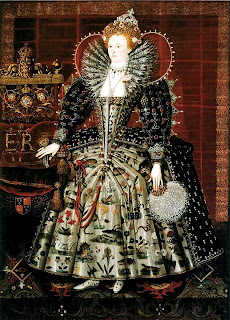 I started thinking, maybe this Queen Elizabeth numero One and I had more in common than I thought? I too am a pure girl (thanks to Dr. VET) and love collars....hmmm, what do you think?? 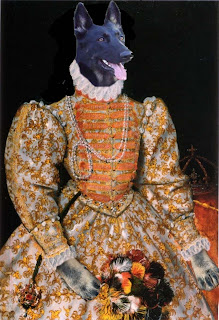