Today's Time Machine Thursday takes us over the ocean to Ee-gypt! Apparently today in 1922 some dude named Howard Carter discovered the tomb of King Tut. It was a big deal because before all they found were tombs that had already been hit up by some robber peoples who robbled all the goodies. But King Tut's tomb was untouched by bad guys.

They also found, according to historikal records: "The most splendid architectural find was a stone sarcophagus containing three coffins nested within each other. Inside the final coffin, which was made out of solid gold, was the mummy of the boy-king Tutankhamen, preserved for more than 3,000 years." 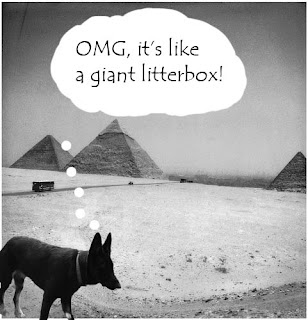 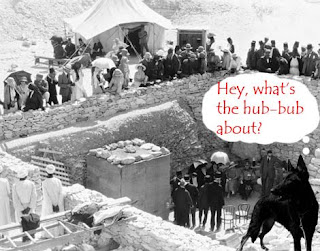 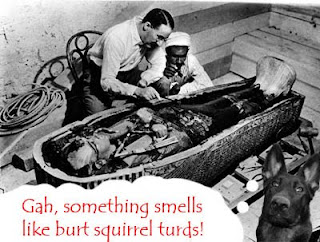 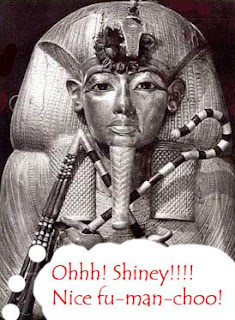 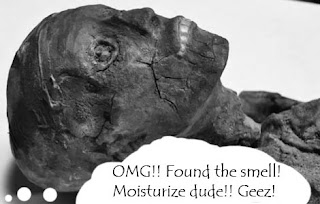 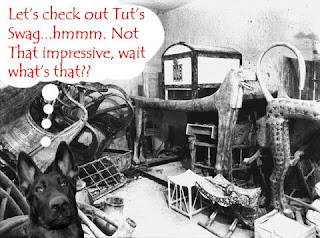 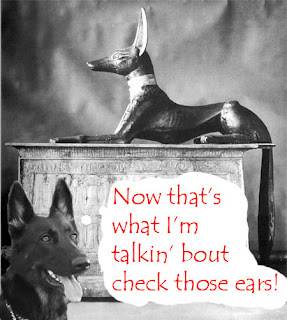 I don't know why people want to look at a dead guy, but today a lot of people's do. Mr. T travels all over the world with his goodies so people can see them.
Posted by Anna the GSD at 12:23 PM