A White Christmas? It's not a dream!

A very very very rare thing happened over Christmas...we got SNOW in Alabama!!

Okay, so I know it's nothing compared to what some of my friends have been getting, but it's the first white Christmas down here in like 100 years! So we were all pretty excited about it! It was quite pretty, until we turned the yard into a mudpit. So here's some pics of Dunc and I in the snow with our cousin Rebel! 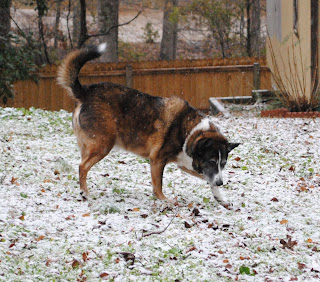 Dunc says: ICK!! This stuff is getting my paws all wet! Seriously?? (he's becoming a diva in his old age) 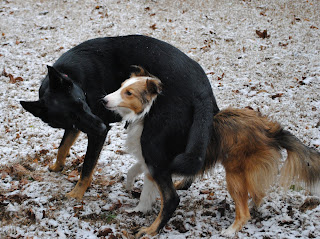 The holidays are full of uncomfortable family situations: Umm...I don't think you're supposed to be under there.... 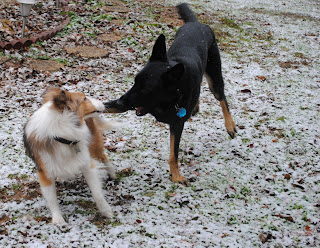 Holidays always start off great: How about a hug?? 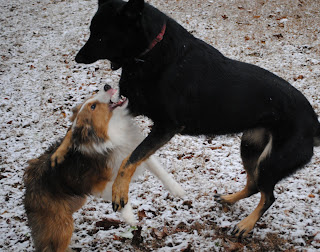 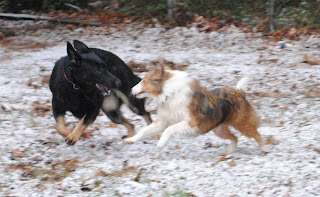 Rebel and I at flying reindeers practice! 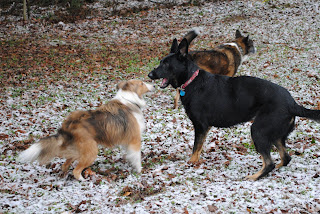 I may have had too many sweets...does that look like a cavity to you?? 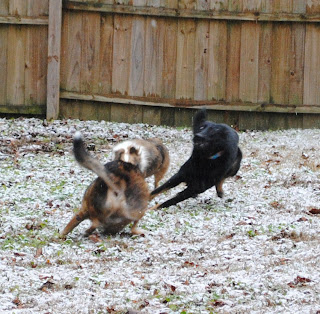 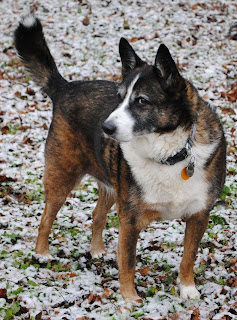 Dunc (the diva) says: I see you woman and that stupid flashy beastie! Sigh.... 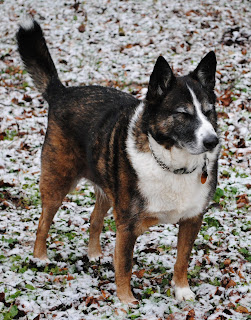 There! Now you're gone!!

It was a great Christmas! We had a lot of playing and by the day after, I slept most of the day! I even didn't really play too much with my new toys, which I'll show off tomorrow. It was just a fun laid back time.
I hope you all had a great time with your families! Now I'm off to check up on everyone and make sure everyone is suriviving the Snowpocalypse!!
Posted by Anna the GSD at 10:05 AM