I posted yesterday how the new Anna Cooling System, the Boy2000, did a great job of keeping me cool and stuff during the nine month season known as "summer" here in Alabama.

My pal Bunny and her peeps at Tales and Tails asked, "does he pick up your toys too?" Well Bunny, funny you should ask...

See, sometimes I do be snoozing keeping guard on the couch, then suddenly, I awake find myself to be covered in toys! I needed to do an investigation so I set up a super seekrit camera to see what was going on. Was it a toy fairy? Aliens? 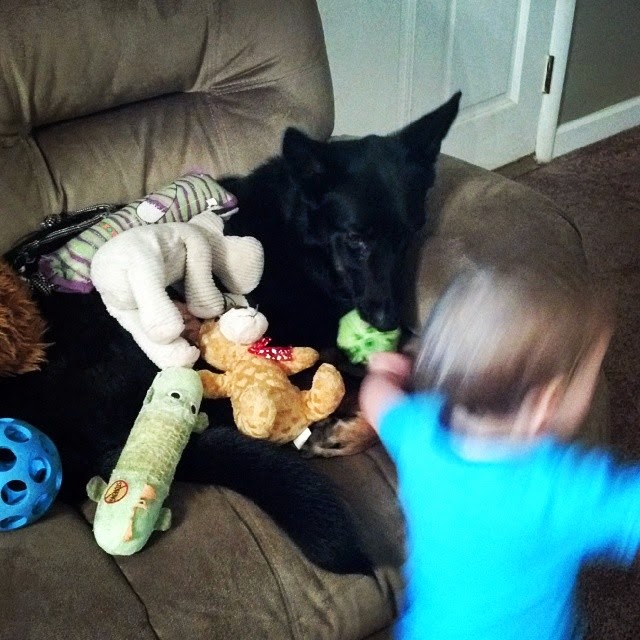 What I caught was shocking! I do think that little blue blur do be the Boy2000 in "clean up" or "bury the Anna" mode. He is so fast, my seekrit camera only caught a blur! It's like he's Bigfoot or something!

It's okay though, I like to share my toys with the Bald Puppy. We play fetch a lot. And he is good about cleaning up, putting things back up (not necessarily ON the Anna though BOL!). He even puts his bowl when he's done nomming in the sink! Mom says, see, even little man boys can be trained!
Posted by Anna the GSD at 8:31 AM