After the whole "humiliation of the furry dog kids" event of the 4th by the parents (namely MOM) I decided we needed a plan to combat any further crimes against us kids.

Duncan didn't count, he's a traitor. He'd sell us out for noms in a heartbeat.

So I casually asked Winston if he wanted in. Shockingly, even though he's pretty young, he was like "Heck yeah! I keep hearing mumblings of something called "neutering" and I think I need to be a head of the game."

That was just two of us. Mia was all "Pfft. I'm going outside. You're on your own. Toodles!" I needed a third....who could it be...who could it be...wait! I know! Bald Puppy! He's a sucker for Winston and I could use my power of foot licking/tickling! But we didn't need that. He was cool with it, as long as he just got to hold Winston and say: CAT!!!! CAT!!!

But where could we devise our plans? Mom would never let the BP go under the bed. Hmm...then BP shocked us and took Winston to a space under our built-in. See, as long as he's there holding Winston and being all cute, mom leaves us alone!! SCORE!

Ladies and gentlemen, I give you our LAIR OF DOOM!!!!! MUWHAHAHAHAHAHAHA! 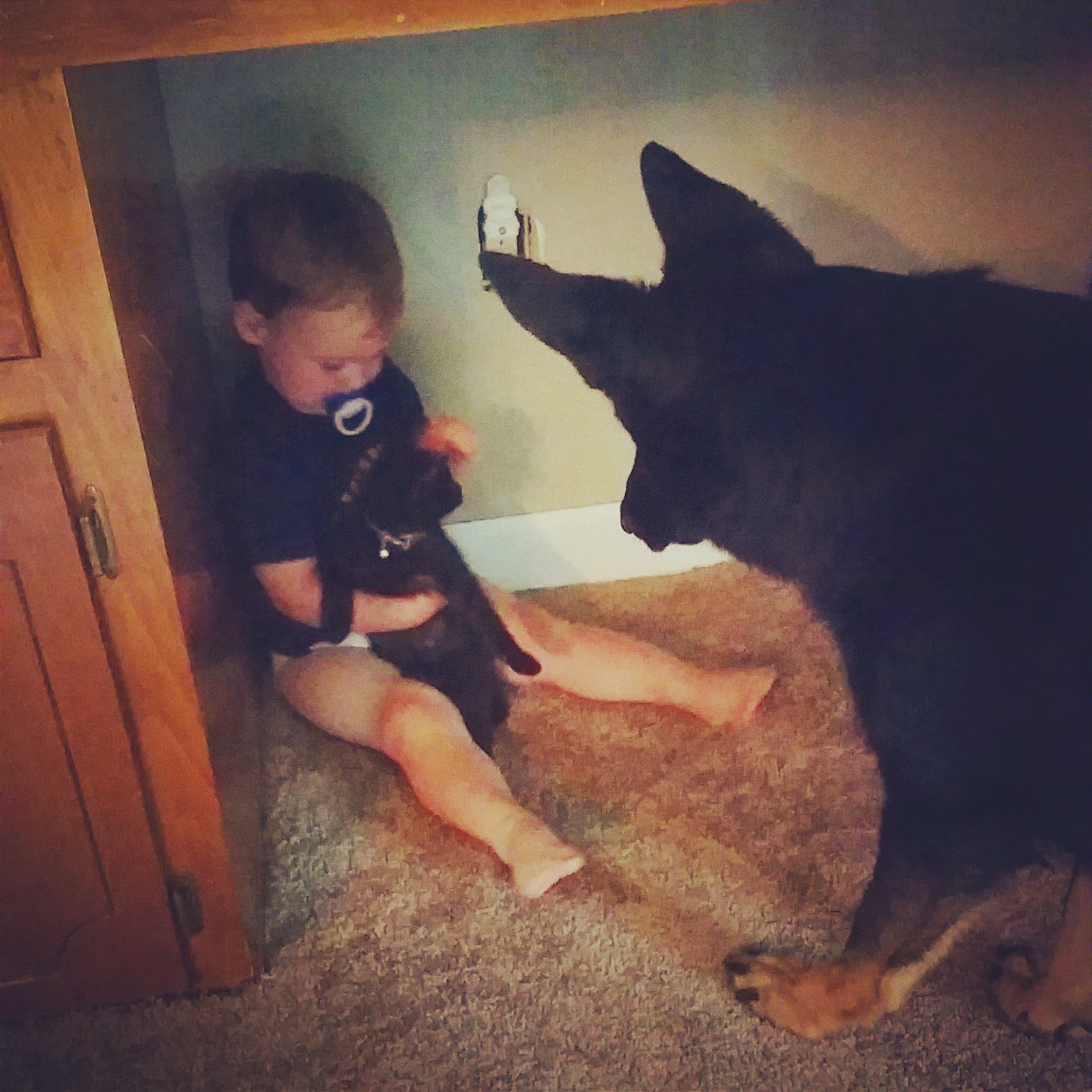