The kitties are still not telling me squat...I've taken their kitty toys and kitty food hostage until one of them breaks...I figure it will be Alley first. The loss of canned food should drive her CRAZY! I mean, she does weigh like 20 lbs. 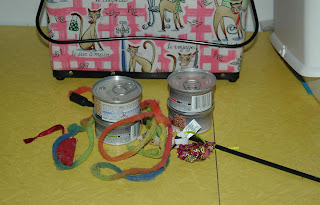 Simon has said he has no idea what "fixed" is...I believe him...I think....but he's also the most vocal in the mornings about the canned food. It may be a trap. Hmm...on second thought, I'm not believing him...he's shifty. 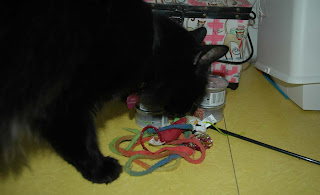